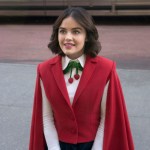 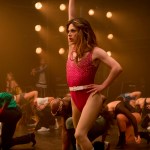 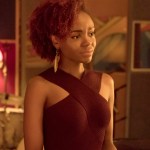 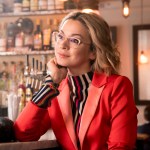 ‘Katy Keene’ has officially arrived and you’re going to fall in love with all the characters. HL spoke EXCLUSIVELY with Lucien Laviscount about the dashing Alexander Cabot and his dynamic with Josie McCoy.

You know Josie McCoy from Riverdale, but she’s ready to start the next chapter of her life on Katy Keene. She comes to New York City to pursue a career in music and she crosses paths with Alexander Cabot, a CEO who hopes to reboot the record label division of his father’s corporate empire. Alexander and Josie immediately bond over music and it could lead to something more. Lucien Laviscount talked with HollywoodLife about the relationship and teased what to expect.

“I think what’s very interesting about their relationship is that at its core is their love for music,” Lucien told HollywoodLife at the Tribeca TV Festival. “They love to create and they love to make something great. With that comes the sprinkle of fireworks, so it’s going to be very interesting to play that dynamic and see what happens there because she’s so beautiful but when work comes in the way, things get complicated.”

Alexander comes from a very powerful family, which includes his twin sister Alexandra, who happens to be Cabot Media’s powerful senior vice president. What happens when you have two siblings with a lot of power in their hands? “Things get weird,” Lucien said. “I think they’re just like any siblings. There’s love at the core of it but she’s the only person that can keep me in check and likewise I try to keep her in check. There’s lots to come from the Cabots.” He added that there’s “a lot of backstory” to flesh out about Alexander.

Even though Alexander has everything at his fingertips, Lucien loves that his character is determined to be successful for his own accomplishments. “He’s the guy that’s expected to do nothing but has drive and ambition that is unmatched by anyone else,” Lucien continued. “He wants to make his dreams come true.” Katy Keene will air Thursdays at 8 p.m. on The CW.