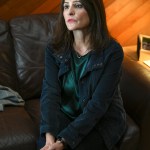 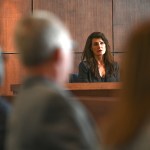 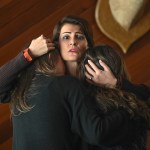 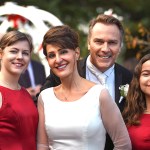 Nia Vardalos stars as Stacey Castor in the new Lifetime movie ‘Poisoned Love,’ which premieres Feb. 1. Nia spoke EXCLUSIVELY with HL about her darkest role yet, her empathy for Stacey, and more.

Poisoned Love: The Stacey Castor Story is Lifetime’s latest Ripped from the Headlines movie. Nia Vardalos stars as Stacey Castor, who has found love again with her boss, David, after her first husband’s death. However, when David is discovered dead of an apparent suicide, the police suspect some foul play, as David’s death mimics that of Stacey’s first husband. The evidence against Stacey begins to fall into place and a suicide attempt by Stacey’s daughter, Ashley, complicates things even more.

The movie is based on the real-life Stacey Castor case. Stacey was convicted of murder for the death of David and attempted murder of Ashley. She was sentenced to 51 years to life in prison in 2009 but died of a heart attack in 2016 at the age of 48. HollywoodLife talked EXCLUSIVELY with Nia about why she wanted to take on the role of the infamous Stacey Castor. “I wanted to dive into a world I didn’t know, which is domestic abuse and drinking and violence and being a single mother trying to keep it together,” Nia said. “It just felt so outside my comfort zone that I decided to make myself a little uncomfortable.”

Nia admitted her perception of Stacey changed during filming. “When we filmed in this house in a rural area and I realized how isolated she must have felt during the domestic violence, it really changed my perspective,” Nia continued. “I had a lot of empathy for everyone involved — the dead guys, Stacey, girls, everyone.” Despite her crimes, Nia does have empathy for Stacey. “I think that there’s possible abuse in her background and abuse in her marriage,” the actress continued. “Not that it constitutes anything that happened, but it’s understandable. It doesn’t excuse it, but it might explain it.”

Nia is best known for comedic roles in movies like My Big Fat Greek Wedding, and Poisoned Love is undoubtedly her darkest role to date. Throughout filming, shaking off the dark place she had to get to mentally wasn’t something Nia could do when the cameras weren’t rolling. “It came back to the hotel room with me every evening, I felt feelings of just how futile it is for women who are still living in these situations,” she admitted. “I felt for the daughters, I felt for the husbands… I felt like an open wound the entire time. The last time I’ve had that feeling actually was when I was doing my play Tiny Beautiful Things, which is about people who write in seeking illumination or advice on this path to a healthy life for forgiveness. I felt like that, too. I felt like a raw wound and I don’t think it’s a bad thing. I think it’s okay to feel like that sometimes.” Poisoned Love: The Stacey Castor Story premieres Feb. 1 at 8 p.m. on Lifetime.