During the Jan. 30 episode of Wendy Williams‘ talk show, she claimed Bravo gypped former Real Housewives of Orange County star Tamra Judge when they significantly dropped her salary to appear on just three episodes next season. During her popular “Hot Topics” segment this week, Wendy said that the network only offered Tamra $20,000 to appear in three episodes to wrap up her storyline. Meanwhile, Wendy claimed Tamra was making at least $900,000 per season, when she was a full-time housewife on the series. Obviously that’s a huge drop, but it also isn’t entirely true.

After the segment aired, Tamra, 52, who recently announced she was leaving the hit show after 12 seasons, clapped back at Wendy on social media and told her that she needed to add another zero to the $20,000 figure. “Tamra said she’s leaving the show after she was offered a limited role and when I tell you a limited role, they were giving her $900K a season,” Wendy began explaining. “They reduced her to shooting 3 scenes for $20k.” But Tamra then reposted the segment in her Instagram stories and said, “NOT TRUE [Wendy]. You need to add another zero to that number”. 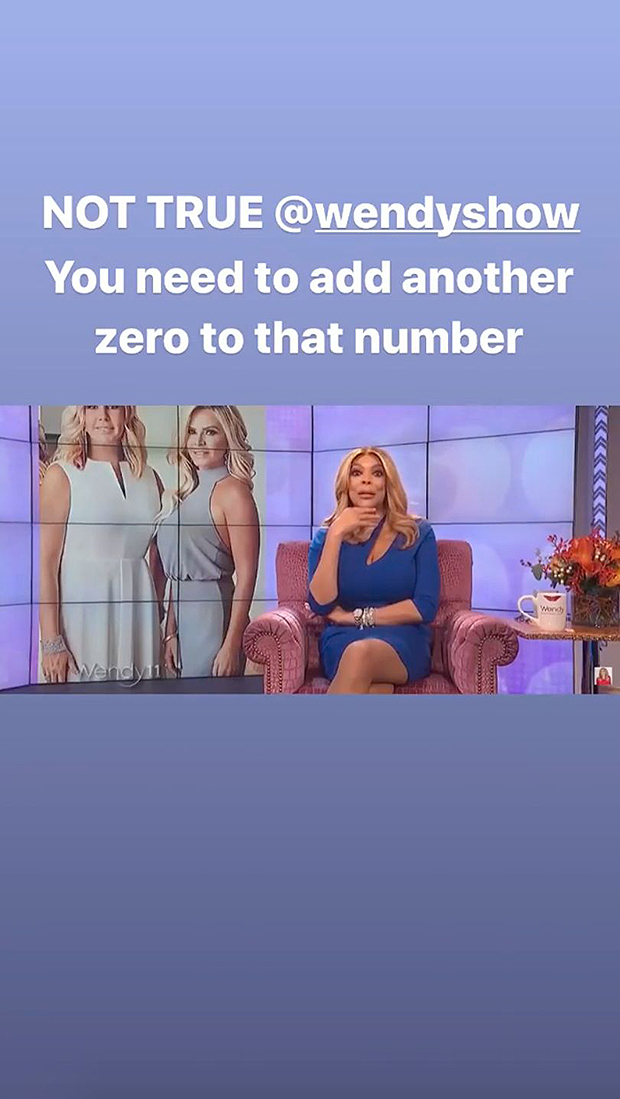 So basically, Tamra is suggesting that Bravo offered her $200,000 to return to the show for three episodes. It’s a rather large figure for such a small amount of work, but she ultimately turned the offer down. And Wendy applauded Tamra for deciding to leave the show.

Tamra announced she was leaving the original Housewives show on Saturday, Jan. 25. “It’s been a wild 12 years . But it’s time for me to move on. Im sad to go but I’m very excited about my future,” she posted, captioning a photo of herself and husband Eddie Judge, 46. “Love ❤️ you guys ✌🏼”. She later told PEOPLE that she was offered an opportunity to return for 3-episodes next season to wrap up her storyline. She, clearly, turned down the offer.

Related: Kyle Richards’ Daughters: Everything To Know About Her 4 Kids, From Oldest To Youngest