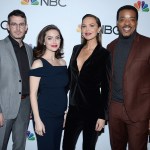 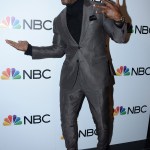 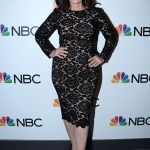 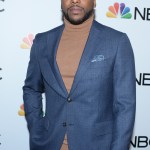 Dr. Reynolds’ future at New Amsterdam is still up in the air. HL talked EXCLUSIVELY with Jocko Sims about Reynolds and Evie’s relationship, the possibility of Reynolds moving to San Francisco, and more.

New Amsterdam could be losing another major cast member by the end of season 2. Reynolds may or may not be moving to San Francisco with Evie. When Evie said she turned down a job offer in San Francisco to stay with him, Reynolds replied, “San Francisco’s sounding really good right about now. Let’s get out of here.” Jocko Sims knows that the fans are concerned that Reynolds may leave. “To be honest, it’s a possibility,” Jocko told HollywoodLife at NBC and The Cinema Society’s party for the casts of NBC’s midseason shows at the Rainbow Room Gallery Bar.

“We want to keep that little subtle simmer and have people be sitting on the edge of the seats and keep them guessing,” he continued. “So Reynolds may leave soon. At least, that’s the plan for now. So we’ll see.” Jocko added, “By the end of the season, you will know the future of Dr. Reynolds at New Amsterdam.”

As for Reynolds and Evie, they’re going strong. “Reynolds loves her death,” Jocko said. “He’s ready to have a family. He’s chosen Evie to do that with and vice versa. I would tell you that they’re already married, they’re married to their careers. It’s just been a tug of war to figure out which coast they want to be on right now. It seems like it might be San Francisco.”

New Amsterdam has already been renewed for 3 more seasons. HollywoodLife asked Jocko what he’d like to see with Reynolds in the future. “Listen, I like drama, so I think they have to break Reynolds and Evie up a little bit,” Jocko admitted. “I think that Reynolds needs to become a family man no matter who it’s with and have kids and then grow. I’d love to see that.” New Amsterdam airs Tuesdays at 10 p.m. on NBC.