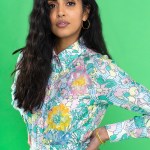 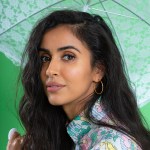 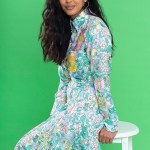 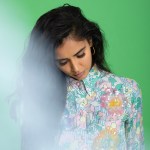 Saanvi’s in for a major emotional roller coaster in ‘Manifest’ season 2. HL sat down EXCLUSIVELY with Parveen Kaur to talk about what’s ahead for Saanvi after learning about the Major, Saanvi’s past, and more.

Saanvi now knows the identity of the Major, who has actually been posing as Saanvi’s therapist. This act of betrayal is not one Saanvi is going to take lightly in the episodes to come on Manifest. HollywoodLife spoke EXCLUSIVELY with Parveen Kaur about what’s in store for Saanvi throughout season 2. Get ready for a side of Saanvi you’ve never seen before. “She’s going to get her revenge,” Parveen told HollywoodLife. “She’s on a mission. She’s going to try to solve the mystery, which is her main objective, of course, but she’s not going to let this woman get away with the betrayal and the deceit that she’s caused Saanvi. She’s going to go hunting for the Major.”

With this quest, Saanvi will begin to unravel. Seeing this more vulnerable side of Saanvi has been exciting for Parveen to explore. She explained: “The one thing I loved about Saanvi this season, and Ben kind of alludes to this point and sees in episode 3 where he goes, ‘You know, I don’t think Saanvi’s ever made a mistake in her life.’ And he’s not wrong, I would say. She’s a very in-control person. She very much has it together and she’s a very focused workaholic. The one thing that I love about Saanvi that’s going to happen to her this season is she’s going to start to lose some of that control. We really get to see a side of her that she hasn’t even seen in herself before. It’s really fun as an actor to play that. Just letting go of that control is going to lead her to do things that she would have never dreamed of doing. She puts herself in some danger for sure.”

In discovering the identity of the Major, Ben and Vance had to lie to Saanvi about a possible lead for her research. Needless to say, Ben and Saanvi’s friendship isn’t in the best condition right now. Despite the current situation, Parveen doesn’t think Ben and Saanvi’s relationship is ruined for good. “I can’t imagine that something like this would be enough to strain their relationship forever,” she said. “It does take some time for Saanvi to get over the betrayal that he has caused her, but also I would say at this point, he’s probably her closest friend.”

Ben and Saanvi’s connection was instant from the moment they’ve met. They have bonded over their search for answers regarding the callings and Flight 828. However, some fans actually ship Ben and Saanvi as a couple. Parveen weighed in on Ben and Saanvi’s relationship: “We did not realize that was happening. It wasn’t a storyline or an intention that we knew of when we were shooting it, especially in season one. It’s something the fans came up with. Now whether that’s going to turn into something, I don’t know. You have these two people, a male and a female, that have a really solid friendship. There is no disrespect going on. There’s no crossing the line. It’s two people who are genuinely there for each other and are protective and supportive of each other. I also believe that what Ben ended up doing with not telling her about the Major was out of safety. It wasn’t malicious. That was never his intention. Saanvi will realize that eventually.”

The last episode also featured another flashback to before Flight 828 took off. Saanvi was on the plane and got a text from someone named Alex, who was supposed to join her. Saanvi opened up to her therapist, a.k.a. the Major, about this heartbreaking moment. Parveen teased that we’ll see more of this “complicated relationship” in future episodes. “Fans are going to get to see a lot more of Saanvi before the plane,” she revealed. “Not just that, we’re going to see that complicated relationship in her past face her in the now and how she deals with it. It’s all part of that thing that I was talking about that Saanvi has always had so much control, and she’s going to have to face this person or moment from her past and it’s going to cause her to not have so much control over her emotions.”

Parveen also revealed that “something ends up happening” to Saanvi in relation to the callings. “She really puts herself in danger because it alters her in a way that it hasn’t affected any of the other passengers,” she said. Manifest season 2 airs Mondays at 10 p.m. on NBC.