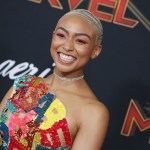 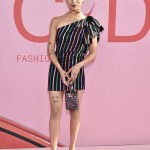 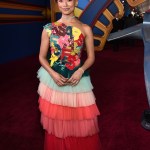 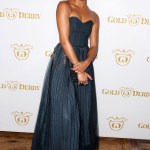 Tati Gabrielle and Mae Whitman are the voices of Willow and Amity in the Disney Channel series ‘The Owl House.’ HL has an EXCLUSIVE preview of the all-new episode featuring Tati and Mae’s characters.

The Owl House features some pretty incredible characters and famous voices in its first season. Tati Gabrielle and Mae Whitman star as Willow and Amity in the Disney Channel animated-fantasy comedy. Willow is a bubbly and friendly witch, while Mae’s Amity is a bright and competitive witch. In our EXCLUSIVE preview, The Owl House introduces Willow and Amity. Amity is reading her magic book when she looks over and sees Willow. “Willow, wow, you’re so unnoticeable I almost rolled into you,” Amity says.

The girls keep talking and then suddenly the cauldron behind them spills. “Oh, Willow. You don’t have anything to show, do you?” Amity asks. Luz sees the “witch drama” going down from afar. “This is why people call you half-a-witch Willow,” Amity says. Amity has her abomination rise out of cauldron to show off a bit. The abomination tells Willow that she’s a star. “As top student, it’s my duty to tell you to keep at it. Even you could get a passing grade someday,” Amity says. Tati is no stranger to playing a witch on TV. She also currently stars as Prudence in The Chilling Adventures of Sabrina on Netflix.

The animated series follows Luz, a self-assured teenage girl who stumbles upon a portal to a magical realm where she befriends a rebellious witch, Eda, and a tiny warrior, King. Despite not having magical abilities, Luz pursues her dream of becoming a witch by serving as Eda’s apprentice at the Owl House and ultimately finds a new family in an unlikely setting.

The Jan. 24 episode of The Owl House is titled “I Was a Teenage Abomination.” Luz sneaks into the local magic school to help a friend and makes a new enemy in the process. The episode will air Jan. 24 at 8:50 p.m. ET/PT on Disney Channel and in DisneyNOW. The series has already been picked up for a second season.