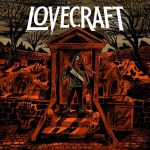 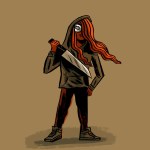 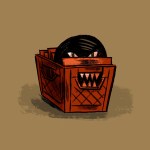 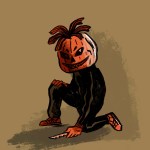 As if the ‘Chilling Adventures of Sabrina’ wasn’t creepy enough, in comes Halloween’s favorite ghouls, LOVECRAFT. The fiends reveal how it was to work with Kiernan Shipka on the sinister song, ‘Straight To Hell.’

Things are heating up for Netflix’s Chilling Adventures of Sabrina. To announce Part 3 of the bewitching series, premiering on Jan. 24, Sabrina Spellman decided to be a little less Satan, and a little more Britney Spears. Sabrina (Kiernan Shipka) takes a stab at being the Queen of Pop before – spoiler alert! – she attempts to become the Queen of Hell and delivers a banger that that would get Beelzebub bopping his head. If “Straight To Hell” sounds familiar to you, Halloween-aficionados, there’s a reason. The devils behind this piece of black magic audio goodness (badness?) are none other than LOVECRAFT. We spoke with three members of this creepy cover of Grammy-winning writers and producers — Deepkutz, Norman Crates, & Lil Punkin — to discuss how LOVECRAFT teamed up with Netflix, Sabrina, and Kiernan for this song.”

While they didn’t reveal if they entered a blood pact or sold their souls to the Devil to make this happen, they did tell HollywoodLife EXCLUSIVELY how this collab came to be. “Netflix heard some chilling echoes from early in the process of us recording our October 2019 project This Is Halloween Vol. 1,” says Deepkutz. “They ended up loving our opening song, ‘Skeleton Sam,’ and wanted us to tailor the lyrics to fit the narrative of Sabrina going to hell to rescue her boyfriend. ‘Straight To Hell’ was born, and the collab really started there. LOVECRAFT is looking to be the one-stop spooky shop for any horror music, so it was a natural fit.

How was it like to work with Netflix and Kiernan, who actually sings on the Sabrina-ized track? “Netflix has been a devilishly delightful to work with from day 1, having full support and being collaborative throughout the process to make sure we were aligning the LOVECRAFT sound with the CAOS narrative,” Lil Punkin tells HollywoodLife. “Once we heard Kiernan’s killer vocals, we felt so honored to know that LOVECRAFT was able to help find Sabrina’s voice for Season 3.  It was an organic and fun collaboration with the whole team!”

While CAOS fans are confident that there is plenty of black magic, blood, and chocolate in Sabrina’s future, what’s up for LOVECRAFT in 2020? Will there be a This Is Halloween Vol. 2? Will they team up with future Netflix shows (imagine what they could do with Stranger Things or Nailed It.) “If you follow LOVECRAFT on socials, you’ll know that for us, #SpookyNeverSleeps!” adds Norman Crates.  “We’re actually going beast mode with music, and there are tons of horror evolutions and revelations planned for 2020!  Stay tuned if you dare!”

The third season of CAOS finds Sabrina and the Fright Club attempting to rescue her boyfriend Nicolas Scratch (Gavin Leatherwood) from being imprisoned in hell without releasing Lucifer (who is imprisoned inside Nick.) She will clash with royal hopeful Caliban (Sam Corlett) while attempting to restore the balance between Heaven and Hell. To do this, she might just have to accept the destiny she avoided in Part 2 and ascend to the throne in Hell.

Part 3 of Chilling Adventures of Sabrina is out now (Jan. 24) on Netflix.