Though the bad news seems endless, danny G is keeping it positive and carefree. He teamed up with Gym Class Heroes’ Travie McCoy for the motivational ‘long live’ banger, and we’ve got the EXCLUSIVE premiere.

2020 is here, and while many of the disheartening issues of 2019 – political strife, global warming, student debt – are still lingering around, danny G is here to raise your spirits. The rapper, aka Danny Guarino, teamed up with Travie McCoy of Gym Class Heroes for “long live,” the jam you need if you’re down in the dumps. The song, premiering here on HollywoodLife, is an infectious bop whose dreamy beat latches onto your inner child before running headfirst into sunny days full of playgrounds and block parties. danny’s vocals bounce along the joyous track, and it’s impossible to not bob your head along. Travie arrives with his trademark, clean-cut deliver, and together, they create a song that will leave you smiling. It’s the perfect track for summer afternoons or on those cloudy days and you’re desperate for a bit of sunshine.

“You can immediately hear his passion and love for what he does,” Travie said about his “long live” collaborator, danny G. “I flew out to Nashville and spent the day with him tracking the song and performed with him at his biggest headline show to date. Best keep your eyes on danny G in 2020! Big things coming!” It’s true. If this is how danny G is going to start the year, with a slice of hip-hop delight, expect 2020 to be his year.

Previously known as “dnny,” danny G found himself wondering who he truly was and where he wanted his artistic career to go. The Nashville artist discovered the importance of adding a higher power to both his work and his life, resulting in his transformation into danny G. Early in 2019, he connected with Travie, and the two immediately found common ground. The result was the track that will likely be on your Spotify Wrap-Up once the year ends. 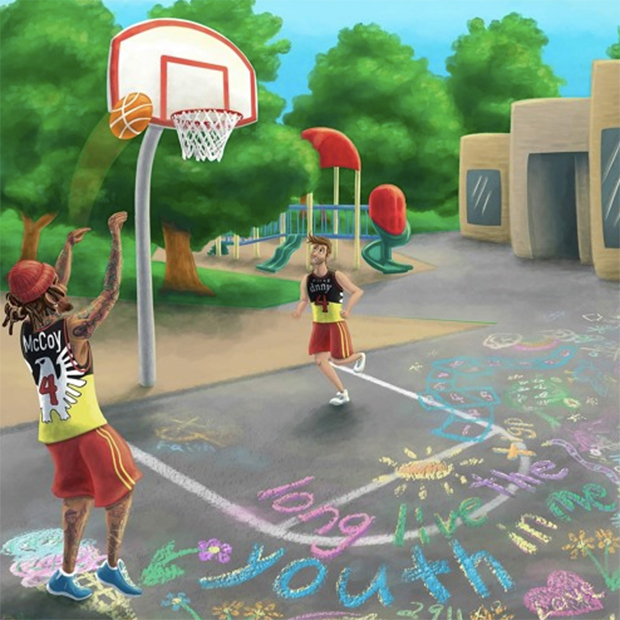 “long live” follows danny’s breakout year. In 2019, he released his debut single, “villain,” racking up over 135k streams on Spotify. The buzz around the artist drew the attention of Xuitcasecity and Cam Meekins. They would team up with danny G on “alley oop” and “way wrong,” racking up 67k and 200k+ Spotify streams, respectively.

That’s not bad for a kid who almost was the next Lionel Messi. danny G grew up balancing his two passions: music and soccer. After graduating from Belmont University and finalizing his career as a D1 soccer player, danny decided he would leave the pitch, and head into the recording studio. That risk paid off, so “long live” danny G as he continues his rise to the top.