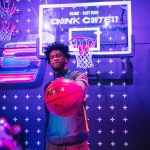 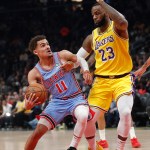 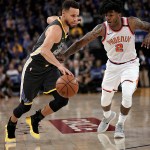 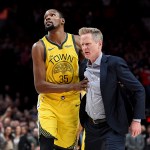 Seattle Supersonics legend, Gary Payton joins HollywoodLife to preview NBA All-Star 2020! The notorious trash-talker didn’t do much of that when he praised the likes of Trae Young and Luka Doncic. He also weighed in on the current era of the game!

Gary Payton would know a thing or two (or nine) about what it truly means to be an NBA All-Star. The former baller, known for his 13-year stint with the Seattle Supersonics, is a 9-time NBA All-star, an NBA champion, and to this day, the only point guard to win the NBA Defensive Player of the Year award. Therefore, there’s nothing else that needs to be explained as to why he is the perfect person to weigh in on this year’s NBA All-Star, which will take place in Chicago February 14-16. The last day to vote will be Monday, January 20!

As LeBron James and Giannis Antetokounmpo remain the leaders in their respective conferences, it’s the younger stars who Gary has his eye on. “We know who the starters will likely be — the LeBron‘s, Anthony Davis‘, Kawhi Leonard‘s, James Harden‘s,” he admits, explaining that he’s looking forward to seeing some fresh faces in the All-Star pool. “What’s going to be the exciting now will be Luca [Doncic],” who is currently leading the west in backcourt votes.

“He’s such a young kid in his 20’s and in his two years, everything he’s done so far is amazing. For a young kid to come in and bring a team up like the Dallas Mavericks — a team that wasn’t expected to do very well. But, as he plays well, he has a group around him who is responding,” Gary explains.

As for the east, “the Glove” has his eyes on Toronto Raptors power forward, Pascal Siakam. “Last year, he was a role player behind Kawhi. Now, they gave give him his money, a big deal and now he’s become a superstar,” he says, adding that Pascal has climbed his way to being “one of the top players in the NBA.”

One player who Gary is campaigning hard for is Trae Young. The Atlanta Hawks point guard’s All-Star future has been a debate on NBA Twitter as to whether or not he should be considered because he’s on a “losing” team. However, that ties into the separate debate about what the definition of an NBA All-Star truly is. Some would argue that an All-Star is about the individual player, and not a team’s record or success as a whole. — An argument that Gary can get behind.

“There’s a lot of surprise with a kid like Trae Young. The Hawks have a bad record, but he’s so popular and the way he plays the game, he’s going to make it. He’s a young star,” he proclaims. “I think if he didn’t start, he should still get voted although they haven’t won a lot of games. He deserves it. It’s about who is the best player in the NBA is, and he’s one of the best basketball players in the NBA.”

Ultimately, “I hope we get new blood in here and get these three [Pascal, Trae and Luka] at All-Star.”

Gary also weighs in on what some fans would call the “old vs. new NBA,” meaning the comparison of eras, which nine times out of ten, often leads to “the goat” debate — something we won’t get into. Gary jokes that “if social media was around like it is today when I played, I’d be in trouble.” Additionally, rules have changed over time, fashion is now a huge factor around the league, and many more things have occured that have shifted dynamics within the NBA.

“This era of the NBA is about this era,” Gary says, explaining, “These young kids are watching the games and they’re playing video games — that’s why everyone loves Steph Curry. He’s out here hitting big shot and playing like he’s in a video game. They see the fashion and the clothes and these kids want to go out and wear the same things.”

As for how the game itself has changed? — “It’s an open game. Now, the weapon is the 3-point line,” Gary notes, admitting, “When I played, it was the big man. If you didn’t stop David Robinson or Shaq, you’d get killed. It’s not like that anymore — it’s wide open. Now, things are on Instagram, and the likes. It’s their era — we can’t be mad at that. We didn’t play in this era, and they didn’t play in our era. You live your best life in the era you’re in. The NBA is worldwide now.” Indeed, it is!