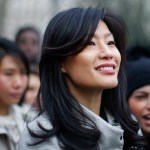 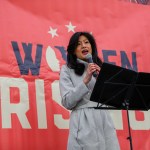 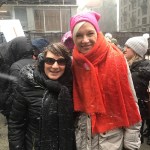 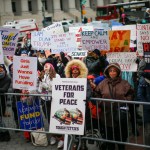 The cold didn’t stop thousands from marching, chanting, and raising signs high for women’s rights on January 18. See photos from the 2020 Women’s March, taken around the country.

And we’re off! For the fourth year in a row, people of all genders gathered around the world for the Women’s March. It’s a tradition that began in 2017, when more than four million people hit the streets in cities around the world to peacefully protest on the day after President Donald Trump‘s inauguration. The protestors had certain goals in mind: rally against pay disparity, homophobia, racism, religious persecution, and gender inequality, and fight for women’s reproductive. It’s now 2020, and the goals haven’t changed, but the message has gotten stronger: we will not be silent when it comes to telling the people in charge that they need to act now.

The 2020 Women’s March was held on January 18, and while there weren’t as many protestors as that groundbreaking first year, hundreds of thousands of proud demonstrators still showed out across the United States, in cities like Washington, DC, New York City, Los Angeles, and Atlanta. The reach wasn’t as widespread globally, but thousands did march in Germany, Belgium, Spain, Nigeria, India, and New Zealand. As always, the protestors put in some excellent sign-making work. One sign in particular read, “Earth to Trump Climate Change Is Real” next to a pained photo of our planet while another one was simple yet bold in its approach: “Keep Calm and Empower Women.”

While the main tenants of past Women’s Marches remains, the organization decided to focus on three main topics this year that have become more important than ever: climate, reproductive justice, and immigrants’ rights. You may notice in these photos that the main march in DC looked a little different than the past protests. The organizers decided to nix the main stage, where politicians and celebrities would give speeches and perform. Instead, the high-profile protestors walked alongside everyone else, as they made their way past the White House to Freedom Plaza.

Check out the gallery above to see photos from marches here in the United States, including Washington, D.C. and New York City.