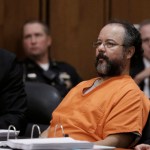 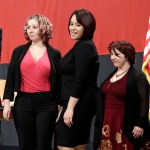 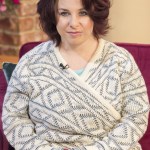 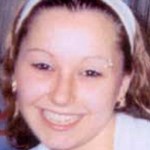 Six years after being rescued from Ariel Castro’s grasp, Gina DeJesus is revisiting the horrors she endured while being held captive alongside Amanda Berry and Michelle Knight in a special ‘20/20.’ Here’s what you need to know.

May 6, 2013, will hold a place in the heart of Gina DeJesus for as long as she lives. The now 29-year-old was liberated from Ariel Castro on that day, nine years after he abducted her off the streets of Cleveland. Along with Amanda Berry, now 33, and Michelle Knight, now 38, Gina suffered years of torture, rape, and abuse at the hands of Ariel. Had not Amanda escaped in 2013, there was a possibility that Gina would never see life outside of Ariel’s home. The horrors she endured and the traumas she’s triumphed over will be detailed in a new episode of 20/20, airing Friday, Jan. 3 at 9pm ET on ABC. Before the broadcast, here’s what you need to know.

1. She was just 14 years old when she was abducted. Gina was friends with Ariel’s daughter, Arlene, and this connection allowed Ariel to abduct a 14-year-old Gina in April 2004. Gina and Arlene were heading home from school when they went their separate ways. As Gina walked home, a vehicle pulled up beside her with Ariel at the wheel. “He asks me… ‘You seen my daughter?’ I said, ‘Yeah, she’s right around the corner,’ and he was like, ‘Can you help me find her?’ And I said, ‘Sure.’” Instead, Ariel took Gina to his home, where he asked her to help move a stereo. Once inside, the terrifying truth unfolded for Gina.

He was, like, fixing his eyebrows and, like, trimming his mustache and, like, cutting his nose hairs,” Gina told 20/20. “He’s like, starts like, to, like, touch me and stuff, and then I’m like, ‘What are you doing? You could go to jail.’ He just switches up like, ‘Well, OK, we’re going to, you’re going to go home now.’ He said, ‘But you can’t go through the same door you came in.’” After this, Ariel took Gina to the basement, where he grabbed her and chained her up. She fought back, kicking and screaming, but he overpowered her.

2. She was “the favorite.” “He seems to treat me better than the other girls. I have the nicer room,” she told 20/20, adding that these gestures made the two other captives feel jealous. “It was just simple things, but when you don’t have anything, you’re like, ‘Well, why don’t I have that? I want that.'” Gina said that Ariel took steps to keep the girls divided and didn’t allow them to talk to each other. “He was always there watching every move, it was like he knew everything, every move that we did.”

3. It took her a while to believe she was freed. “I thought they were people in costumes,” she told 20/20 when describing why it took her a while to leave her room in Ariel’s home. She was in shock and didn’t believe that the people in the hallway were there to rescue her. “She was thin, pale,” officer Anthony Espada, who found the women along with officer Michael Tracy, told 20/20. “I needed confirmation, so I asked her her name. She told me her name was Georgina DeJesus, and then I told her, ‘We’ve been looking for you for a long time.'”

4. Her captor is dead. After Amanda escaped and called 911, officers arrested Ariel. In August, after pleading guilty to 937 counts of kidnapping and rape, he was sentenced to life plus 1,000 years in prison. He only served a month. On Sept. 3, 2013, he was found hanging by a bedsheet in his prison cell, dead from suicide.

5. She now works to help other missing children. Following her rescue, Gina finished high school. In 2018, she founded  The Cleveland Family Center for Missing Children and Adults to “work with the families to help them navigate the media, to help to go to the police station,” she said. Amazingly, her foundation is located on the same street in Cleveland, where she was held captive for nine years. “I just want to change the neighborhood. I want to turn it to, like, positive, and I want to give back.”