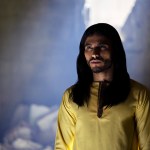 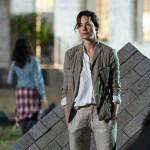 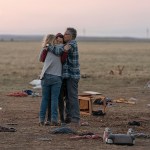 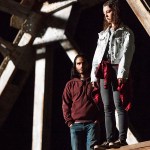 The new Netflix drama series ‘Messiah’ premieres Jan. 1 and HL spoke EXCLUSIVELY with cast members John Ortiz and Stefania LaVie Owen about what to expect and why they were drawn to the show.

Netflix is kicking off the new year with the premiere of the all-new thriller Messiah. The original series explores the power of influence and belief in the social media age. Messiah follows CIA officer Eva Geller (Michelle Monaghan) as she uncovers information about a man (Mehdi Dehbi) gaining international attention through acts of public disruption. She must find out whether he’s a divine entity or a deceptive con artist before it’s too late. In the midst of this quest, other characters’ lives intersect with Geller and this mysterious man, including a Texas preacher named Felix (John Ortiz) and his daughter, Rebecca (Stefania LaVie Owen).

HollywoodLife sat down with John and Stefania to discuss Felix and Rebecca’s arcs over the course of the season. “I think Rebecca’s character journey goes from her very dark place and having a lot of inner turmoil and having nothing really make sense and not dealing with her demons,” Stefania told HollywoodLife. “I think throughout the show she kind of frees herself from the past and what felt like defined her and shaped her. When al-Masih meets her, it’s a beacon for hope and kind of escape from her small town that she so desperately wants to leave. You see a teenager kind of flying and realizing her potential and having somebody believe in her. She felt she was so alone in the beginning. So by the end of the show, she really comes into herself as a woman.”

As for Felix, John said that he loved how “real” the character felt. “He’s someone who lives in contradiction and in conflict,” John said. “And that’s like drama personified for me. And he is an incredibly intelligent man who has a strong sense of, of God and connection to it. And yet he’s having, when we meet him, a real emotional and spiritual crisis, and he’s going through a rough patch in his life. And I love how it turns. You see him go through a real renewed sense of purpose. And yet even with that new sense of purpose, things are constantly shifting and changing for him in a real human way. I loved that about him.”

Stefania revealed that she was drawn to Messiah from the moment she read the script. “I was just in awe,” she said. “And also, it just came off the pages, which doesn’t always happen. I could envision it, and even after I got the role and I read all of the scripts, I couldn’t stop reading. I think it’s just so rich in perspectives and everyone’s character development. Even if the character shows up in just one episode, there is a beginning, middle, and end; a clear arc for their character and the subject matter. I mean I could go on, I could talk about it forever, about how great the show is and why I was drawn to it.”

John was fascinated by the writing. “I just read actually one episode of it and I was in,” he told HollywoodLife. He spoke with creator/ EP Michael Petroni and director/executive producer James McTeigue, who offered him more episodes to read but he turned them down. “It was genuine and real. I could just tell from that one episode and from meeting them that the rest was only going to be better,” John continued. “And they wanted me to read more because Felix wasn’t in a lot of the first show. But I really didn’t need to. I just loved the scope of the story and how global it was and yet how specific and personal it felt. I was just sold from the first minute.” Messiah season 1 will begin streaming on Netflix starting Jan. 1.