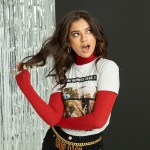 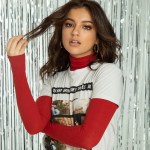 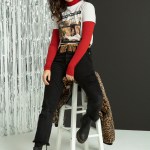 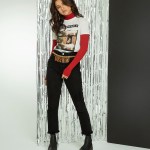 Bryana Salaz is so excited for 2020 because that means more ‘Team Kaylie’ episodes. She spoke EXCLUSIVELY with HL about what’s ahead, how ‘The Voice’ prepared her for the path she’s on now, and more.

A third set of Team Kaylie episodes are set to drop in 2020 and the episodes are some of Bryana Salaz’s favorites. The 22-year-old actress plays Kaylie Konrad in the Netflix comedy series. While the first two seasons have been about getting to know the Team Kaylie squad, Bryana feels that Part 3 is the best yet. From a Quinceañera to a wrestling episode, Bryana and Kaylie are living their best lives right now.

HollywoodLife sat down with Kaylie to talk about what to expect in the next set of episodes. She discussed exploring physical comedy with her Team Kaylie role and why she’s come to love it so much. Bryana also revealed how her experience as a contestant on The Voice season 7 helped her with her career. Bryana takes the responsibility of being a role model very seriously and she opens up about why that’s so important to her in our exclusive interview.

How do you feel now that Parts 1 and 2 are out and Part 3 is on the way?
Bryana Salaz: I’m really excited because I feel like the first part we got to introduce the characters and get to know them a little bit. But then in the second part, my favorite aspect was seeing the development even as actors. It was no longer figuring out who Kaylie is or figuring out who Ray Ray is. It was embedded in us at that point. It’s just like we wake up and we’re like, “Oh, this is who we are.” It really did feel like that some days. I felt so confident about the second part. I cannot wait for the third part because I feel like it’s even more soaked in and we are our characters. You really feel the difference. It’s also my favorite drop of episodes because it was the big stunts episodes, and I was able to do my own stunts and everything. There are just so many fun things that happened in the third drop and I cannot wait for it to come out.

Is there anything specific about Part 3 with Kaylie that you can tease?
Bryana Salaz: There is an episode that is centered around a Quinceañera, which is super fun. But in kids’ television, they know how to find a way to make a Quinceañera a whole episode. I’m really excited about that one. My all-time favorite that I’m excited for is there’s a wrestling episode where I got to do my own wrestling stunts. I’ve never wrestled in my life, so that was fun. I just went to the chiropractor and found out that did some damage to my back that time. But I’m really excited for those episodes to drop.

Playing Kaylie is a very active role. What’s that like for you as an actress to explore physical comedy?
Bryana Salaz: Very interesting. I think that was one thing that I found that I loved. I love physical comedy. With kids’ television, the number one thing that I learned is that you have to be 110 percent okay with just making an absolute fool of yourself.  I’m all about that, so to be able to just be comfortable and confident and knowing I’m going to have things dumped on me or I’m flying off of this and I’m getting this all over my face, it’s very nerve-wracking at first because you’re like, “I don’t want people to see me like this.” But physical comedy I’ve learned is probably one of the more comfortable things I’ve done. I like using my body to tell a story. I like using physicality to make people laugh. I feel like it just adds another element to the comedy, and to be able to fine-tune it and really work on it throughout the series made me feel very comfortable with it. Now I love doing anything that involves me flinging myself off the chair or whatever. The cool thing is that Netflix is so open. They’re not as strict as some other projects that I’ve worked on or been a part of. They’ve allowed such a collaborative effort even with me. Directors were letting me collaborate and put my two cents in. To be able to feel a part of my show and put my two cents into it and have some of my ideas come to life, it was such a great learning experience. I can’t thank Netflix enough allowing opportunities for their actors to be collaborative on the behind the scenes parts, too. Not too many projects allow you to do that as an actor. So I’m very, very thankful and pulled a lot from that experience.

Your breakthrough moment was as a contestant on The Voice. Had you always had acting in mind, though?
Bryana Salaz: A lot of people think that I actually started acting after The Voice, but I started pursuing music and acting at the same time when I was about 12 or 13. It was when I lived in Atlanta. I was auditioning before The Voice for other things. I had done a few things like commercials here and there, but nothing that ever broke me out into the acting world. I love music so much, so when The Voice came and that was an opportunity, I put acting on hold for a little bit. For me, it’s very intertwined. I am very passionate about both acting and music. I’m in a world where both of those things are allowed to be pursued at the same time. Because I’m equally passionate, it’s been such a blessing to be able to do both. I feel like I haven’t missed anything. I’ve been able to incorporate both into my life and it’s been the best feeling ever to be able to do both.

How did The Voice and that experience prepare you for this path that you’re on right now?
Bryana Salaz: The Voice was such a learning experience for me because I was only 16 and that was my first time experiencing the pressure of the industry and what really goes on behind sets and what really happens behind the camera. It’s not everything you see on TV. That was a learning experience that I’m very thankful that I had. Because had I not known that coming out here, I don’t know if I would have been as prepared when I made the big move after I graduated. Because you go through so much on the show. It either breaks you down or it really makes you want it more. I didn’t know which way it was going to go for me. But it just made me want it more and made me more resilient in getting to go after what I want to do. So I think to have that under my belt and coming out here and dealing with… I don’t even see it as rejection. Just because I audition for 10 things a week and I hear back from one maybe throughout the entire year. To me it’s not rejection, it’s just I didn’t fit the part. I think being on The Voice definitely helped me because there are so many different voices. Everybody’s so different and you never know what people are into at the time. That’s the thing with our industry is being able to keep up and adapt to everything. I definitely took away a lot of skills and learned a lot about myself on the show. That definitely helped propel me in my acting and my music career.

Team Kaylie really explores influencer culture. What’s it like for you as someone who is very much living in that world?
Bryana Salaz: It’s really cool to see how they incorporate it. I feel like my generation is in that category of we lived half of our lives without social media. So we’ve got that experience of growing up with no phones and things like that. But we’ve also experienced very heavily the social media influence in everything. For me, it was really neat because when I first moved out here, my whole circle was influencers. Those were all of my friends and everything. As time goes by, you grow apart. I found myself not as surrounded by influencers and I wasn’t even doing as much on social media. It was really cool to see the writers’ take on social media. Obviously, Team Kaylie is based on the Kardashian family, the idea of living this big extravagant life and having this picture-perfect life on social media. But behind doors, everything is not as it seems. It’s so much deeper than that. There’s so much that goes into making a show like that or being that person who influences millions of people. I think it’s really neat. It’s a really good take on having a girl who’s in that world and doesn’t understand what it’s like to not be in that world, because that’s just how she was born and raised. To put her in an environment where she’s learning from kids who don’t have that opportunity to be on social media and to be surrounded by that environment, I think it’s really awesome to bring light to that and find the groundedness and all of that. Because social media is so powerful and it’s so scary.

It really can go either way.
Bryana Salaz: It really does. For me, sometimes I want to delete everything because I can’t take it. It’s just too much. Social media people feeling entitled to your life and people feeling like they have access to your life and every part of it. They think they know you, and it’s like they do to a certain extent, but at the same time, it’s hard to find that balance of privacy and publicity.

Being on Team Kaylie and being the face of a Netflix show, you’re an inspiration to young girls. How do you approach that responsibility?
Bryana Salaz: It’s been crazy. I’ve been through my own fair share of experiences of social media affecting me negatively. You know, getting too in my head about what I need to be for girls or for young kids who are looking up to me. But I learned so much even from my followers about just being myself. I think at the end of the day, that’s all I can do, as cliche as it sounds. You’re never going to please everybody. Everybody always has something to say, especially with the internet. So you might as well just live your life the way you want to live it. For me, I take on being a role model so heavily because I feel like growing up, especially in this market, you don’t see a lot of Hispanic girls in leading roles in anything. To be able to be a part of a project that’s not centered around a Hispanic family and still be a lead as a Mexican American woman is huge to me. To be able to be that inspiration for little girls, and not even little girls, just anybody. I think that’s what’s special about our show. Our show is all about diversity, acceptance, no matter your sexuality your religion, anything. That’s what’s so powerful about our show. I’m very thankful to be a part of that message. I definitely don’t take that lightly. I want to always be an inspiration for someone out there.