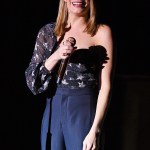 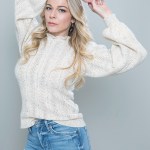 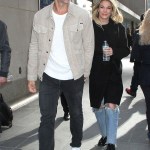 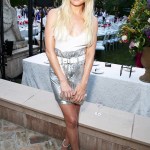 Brandi Glanville wasn’t ‘intentionally trying to throw shade’ at her ex-husband, Eddie Cibrian, and his wife, LeAnn Rimes, after announcing she wasn’t ‘invited’ to their Christmas day. Eddie and LeAnn feel differently.

Brandi Glanville, 47, didn’t have shade on her mind when she alerted her over 800,000 Twitter followers that her ex-husband, Eddie Cibrian, 46, and his wife LeAnn Rimes, 37, failed to send her an invite to their Christmas day celebrations! At first, all seemed merry when Brandi shared a Christmas family photo that included her ex, their two sons Mason, 14, and Jake, 11, and LeAnn. But that sentimentality seemed to be ruined when Brandi went out of her way to tweet that she “did not spend Christmas day” with her ex and his family, with this seemingly petty twist: “Had I been invited I would have. I was simply picking up the boys car still running in the driveway & asked to take a quick pic.” Those weren’t meant to be interpreted as fighting words, because a source EXCLUSIVELY tells HollywoodLife, “Brandi wasn’t intentionally trying to throw shade at Eddie and LeAnn” and she’s “absolutely in a better place with both Eddie and LeAnn.” Rather, “she didn’t want her holiday photo of their whole family being misconstrued.”

As the tone of Brandi’s tweet suggested, she still would’ve appreciated an invite. In another tweet, she claimed she only “spent 5 minutes” with the family. “She wasn’t invited to spend Christmas with them and thinks it would have been nice if they had extended an invitation,” our source admits. But really, the Bravo star wasn’t trying to pick a fight, our insider insists once again: “Brandi posted that photo to show that they are all in a good place,” but “she’s also a realist.” At the end of the day, the mother of two “just wants what is best for her boys and if that means doing everything she can to get along with her ex, then so be it,” our source adds.

Eddie and LeAnn did not receive the “no shade intended” memo, apparently. “LeAnn and Eddie are really trying to not fall in the drama trap Brandi’s trying to get them into with not inviting her to Christmas,” a second source EXCLUSIVELY tells HollywoodLife. “They all have made a big effort to be in a better place and civil to each other but there is still the drama that comes up when you have to deal with an ex…LeAnn and Eddie just wanted to have a very relaxed Christmas which they had, and now Brandi has decided to chase drama by talking about it all.”

As expected, Eddie and LeAnn weren’t so fond of Brandi’s footnote about their Christmas day photo. “They feel that if the pic was just posted and no one said anything it would be a non issue, but now she kind of blew things up by talking about it all,” our second source continues. “But LeAnn and Eddie are going to let it all blow over because there really isn’t any reason to make a big deal out of what they collectively think is a non issue in the first place.”

I just want to make this clear I did not spend Christmas Day with my ex, his wife & family. Had I been invited I would have. I was simply picking up the boys car still running in the driveway & asked to take a quick pic

Well, to Brandi’s credit, she did assure that she “love[s] everyone in that pic” in another tweet. Her feud with the couple came to a close in 2018, one that began after she separated from Eddie in 2009 following his affair with LeAnn, whom he met on the set of their movie Northern Lights.