Jeff Bezos and Lauren Sanchez are still going strong! The couple is currently on vacation in St. Barts, where they were photographed out and about together on December 22. They’ve been enjoying the sun down in the Caribbean, while also managing to get their steps in.

The news anchor, 55, and Amazon chief, 50, were pictured on a casual Sunday stroll, where they sported sneakers, sunnies and t-shirts. In other photos, the pair was spotted getting cozy together while seemingly watching a beautiful sunset. Lauren was pictured with her arm around Jeff as she caressed the back of his head.

It’s unclear if the couple is on holiday with friends or family, and how long they plan on staying. It’s possible that Jeff and Lauren will spend the Christmas holiday in St. Barts, and even ring in the New Year there. St, Barts is a known celeb vacation spot, especially for New Year’s Eve. 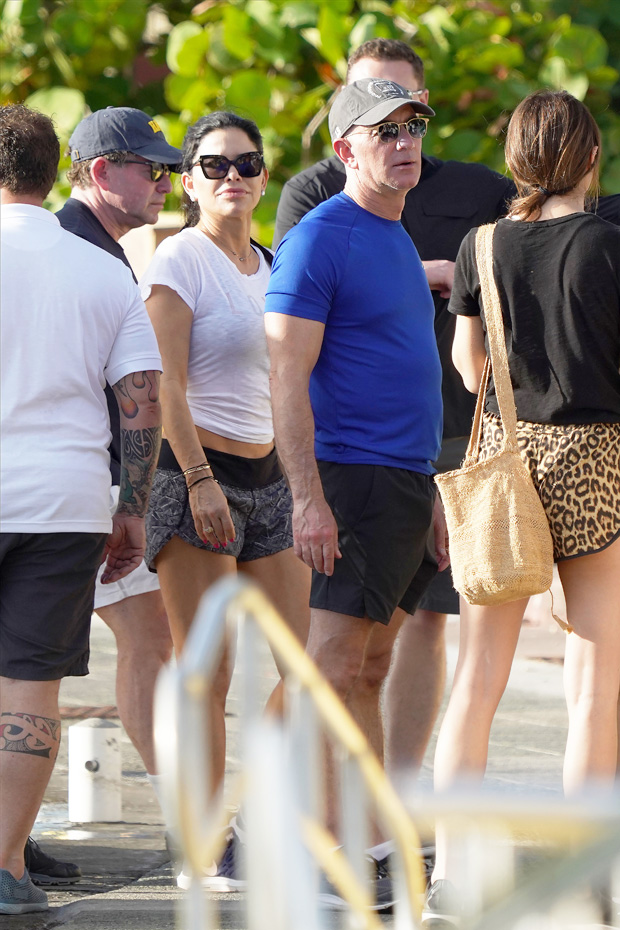 While Jeff and Lauren’s romance is still in its premature stages, the new photos have raised some questions about the status of their relationship. If you look closely at the above photo, you’ll notice a massive diamond on Lauren’s right hand. — It’s not the left ring finger, however, the new hardware has certainly raised some eyebrows.

Related: Oliver Daemen: 5 Things To Know About The 18-Year-Old Who Went To Space With Jeff Bezos 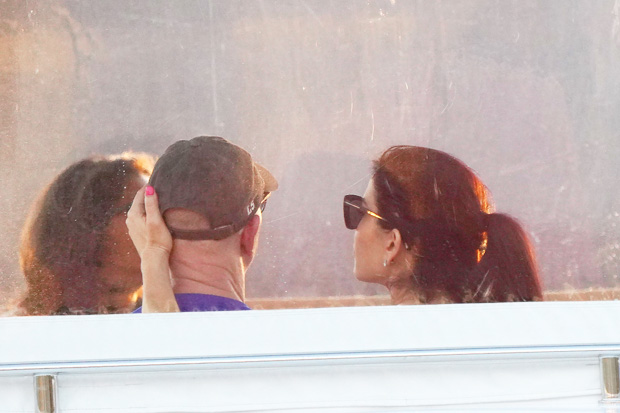 Jeff and Lauren’s romance made headlines back in January, despite the Amazon founder still being married at the time. Jeff and Lauren never commented on reports that they were dating at the time, either.

In April, Jeff — who is the richest man in the world, worth an estimated $137 billion — revealed he and his ex-wife, MacKenzie Bezos had finalized their divorce. Their $35 billion divorce is the most expensive in history, according to Forbes. And, despite the messiness of their split, the divorce made MacKenzie the third-richest woman in the world.

Jeff and Lauren stepped out for the first time in early May, which marked their first public outing together since news of their romance broke. They enjoyed dinner with Lauren’s sister at popular NYC restaurant Emily, and they looked happy as can be together.