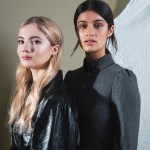 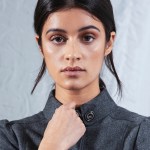 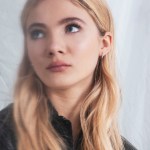 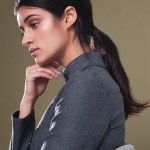 ‘The Witcher’ is about to be the show everyone is talking about. HL spoke EXCLUSIVELY with Anya Chalotra and Freya Allan about playing Yennefer and Ciri and their ‘huge’ journeys in season 1.

The next chapter of The Witcher has arrived. The characters and stories we know and love are coming to life in the highly-anticipated Netflix series. Henry Cavill stars as Geralt of Rivia, along with Anya Chalotra and Freya Allan as Yennefer and Ciri. From Andrzej Sapkowski’s books and short stories to video games, The Witcher universe is a big one and now it’s expanding. HollywoodLife sat down with stars Anya and Freya to talk about taking on these beloved characters and what to expect in the first season of the series.

“We look at both Ciri and Yennefer’s journey independent from Geralt which is something that we don’t see or invest in in the books,” Anya told HollywoodLife. “We give Yennefer a backstory, we learn why she presents such a cold exterior because of the traumatic experiences she’s had as a child, and we go through her transformation into the Yennefer we know from the books. She’s on a huge journey of self-discovery and discovering her powers and what they mean to her and where they lie, which actually happens to be in her insecurities that she developed as a child. They actually feed her power.”

As for Ciri, she is forced to go on the run. Along the way, she goes on quite the evolution from a protected princess to a powerful and independent girl. “Ciri starts off as very naive to the real world,” Freya explained. “She’s always been surrounded by people who’ve also been kind of molded within that environment, and she’s had such a curiosity that’s almost made everyone around her more fearful of telling her anything. She’s just been totally kept away from the reality of the world and then suddenly she’s thrown into this brutal world and she loses everybody she loves. She has to learn from the people she meets and she has to put herself in other people’s shoes and it takes a huge amount of strength for her to be able to see the good in people even though they may be saying things that are totally opposing where she’s come from. I think that takes a huge amount of strength to be able to connect to someone despite them saying horrible things about the people she loves.” Freya also said that Ciri must “adapt” to this brutal world and we’ll see her “become a lot colder and build a bit of a shell in order to detach herself from those feelings. You begin to see her become less of an innocent, sweet princess like she is at the start, even though she has that stubborn side, to more dark.”

Season 1 will consist of 8 episodes and will focus on the short stories. Anya said that there are “obviously a lot of developments and slight changes just because we’re adapting them from the books and bringing them to life on screen. There’s going to be some differences because you can’t get that much material in so there will be some changes. But hopefully only to support what Andrzej’s written.”

Fans are looking forward to seeing Yennefer and Geralt cross paths in the show, which will kick off their epic love story from the books. Anya opened up about Yennefer and Geralt’s first scene. “I loved that scene from the book. We changed it slightly but it’s magnetic,” Yennefer teased. “They’ve never felt this way about anyone else really, that magnetism. It’s a very animalistic relationship and very lustful, so that’s what you’ll see. You’ll see that chemistry between them and their need for each other without really wanting to need each other. That’s the complication that comes with it. I hope we deliver those scenes together well and stay true to the books because I think Andrzej’s created such a strong relationship.”

Yennefer and Ciri are two incredibly strong characters. They are at the heart of the series along with Geralt. There are so many things to love about them. “I love how fearless she is,” Anya said about Yennefer. “She’s very unapologetic and she exercises her rage. She’s not afraid to use a lot of the emotions which are deemed as ugly and I think there’s a huge strength in that. She’s bloody powerful.” As for Freya, she loves how Ciri “utilizes her voice and her opinions. She really values the fact that the choice is hers and she takes charge of her own future and I also love how stubborn she is and determined.” The Witcher season 1 is available to stream on Dec. 20 and the series has already been renewed for season 2.