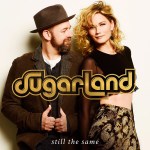 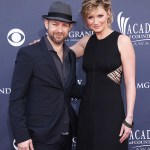 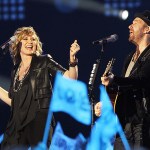 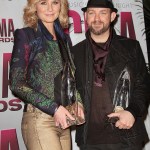 In the midst of recording a new Sugarland album, Kristian Bush has a new project called Dark Water, & you’re going to want to take a listen!

It might seem like Kristian Bush is always working — from producing country albums, to recording a new Sugarland album, to writing a musical and now, working with his new trio, Dark Water. But, according to Kristian, “You worked 10 years to be good at things 30 minutes at a time,” so, “I’m just sitting humbly going ‘Yes, I will.‘” The father of two is currently focused on his new venture called Dark Water, a trio made up of himself, his brother Brandon (formerly of Train) and their longtime collaborator Benji Shanks. “We speak the language of brothers, but also, we speak the language of musicians,” Kristian explained in an EXCLUSIVE interview with HollywoodLife. After more than eight years of working together on different projects, Brandon had the idea to come together as a group.”

When it came to the music, Kristian called it a “creative experiment,” where the guys asked themselves, “What five songs would have been on The Grateful Dead’s American Beauty record?” “In the process of answering it, I found out all about that time in the world, when I wasn’t even born yet, so it was kind of cool to write about a time and a space and an attitude and a circumstance in life that surrounded the day you were born,” he explained. The singer also added that the music he was creating with Dark Water didn’t just resonate with him as an adult male, but also his teenage son. “He was like, ‘Dad, what is that? Those lyrics sound like my life,'” Kristian recalled. “It sounded like the idea that things outside your window are so nutty. At that time, the late ’60s, early ’70s, there was a television, but mostly it was just anything outside your door. And to him, I guess outside the window is right through his phone.”

He continued, “Outside your window, it looks kind of weird and it’s hard to trust what’s happening. You can’t really tell which way’s up and you really have to hold onto your friend. You know you’re not going to make it through this thing alone, whatever it is, and you’re going to need help and you’re going to have to lean on each other to do it. It’s not a new, interesting idea, but it is something.”

Dark Water released their self-titled, debut album on Nov. 15, along with their single “Paint It Blue,” which has already received radio play! It’s currently available on all streaming services now.