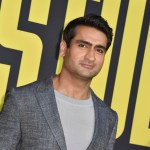 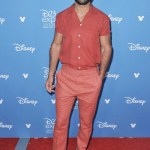 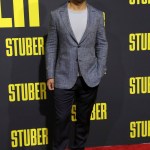 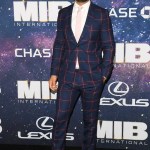 Attention Kumail Nanjiani is now RIPPED. The comedian showed off the results of his workouts for Marvel’s ‘Eternals’ in ‘thirsty shirtless pics’, and that six-pack is insane.

The secret to getting the best body of your life has finally been revealed: land a role in a Marvel movie. Like Chris Pratt who came before him, Kumail Nanjiani is now ripped. The Oscar nominee, 41, is prepping for his epic new role in the latest MCU team-up, Eternals, and the result of his hard work is a six-pack and bulging arm veins. Seeing the Silicon Valley star, who generally favors sweaters and tees, like this is totally unexpected. See a “before” pic of Kumail below, and CLICK HERE for the big reveal — Kumail’s self described “thirsty shirtless pics” — on Instagram!

The comedian and actor accompanied his hot pics with a lengthy message about his fitness journey, and explained that it was only possible because he was afforded the opportunities and privileges that come with being in a Marvel project. “I never thought I’d be one of those people who would post a thirsty shirtless [pic], but I’ve worked way too hard for way too long so here we are,” Kumail wrote. “You either die a hero, or you live long enough to see yourself become the villain. I found out a year ago I was going to be in Marvel’s Eternals and decided I wanted to transform how I looked. I would not have been able to do this if I didn’t have a full year with the best trainers and nutritionists paid for by the biggest studio in the world.

“I’m glad I look like this, but I also understand why I never did before,” Kumail admitted. “It would have been impossible without these resources and time. So big thanks to @grantrobertsfit who started working with me at the beginning of the year and made me understand true physical pain for months and months. Then, once we started shooting, a massive thanks to  @davidhigginslondon and his team (@ellispartridge, @thebeardypt, @tomcheesemanfitness) for training me almost every day and making me strong, limber and injury free. I can almost touch my toes now. (And thank you for forcing me to do cheat meals David.) Matthews Street Catering for their delicious and healthy meals.”

Kumail also gave a shoutout to his wife of 12 years, Emily V. Gordon, who co-wrote the 2018 Oscar-nominated comedy, The Big Sick, with him. “And finally, the biggest thanks goes to @emilyvgordon for putting up with me complaining and talking about only working out and dieting for the last year. I promise I’ll be interesting again some day. #thirstyshirtless.” Emily definitely doesn’t mind, by the way. She tweeted that, “I do, in fact, feel like a winner,” after countless people congratulated her on having a hot husband.