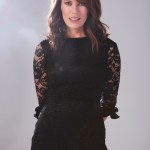 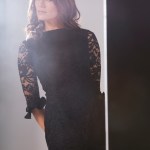 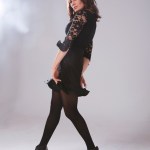 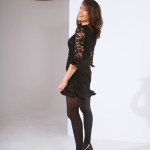 Emily Swallow has kept her role on ‘The Mandalorian’ a secret for a long time but now she’s talking to HL EXCLUSIVELY about being a part of the ‘Star Wars’ universe and her other exciting projects.

The Mandalorian premiered in Nov. 2019 on Disney+ but Emily Swallow, who plays The Armorer, couldn’t tell anyone about her role initially. She filmed her scenes a year before the show was even announced. Emily sat down with HollywoodLife EXCLUSIVELY and talked about keeping such a major Star Wars secret. “I couldn’t even say I was working on it when it was announced it was happening. I would tell my friends, ‘Yeah, I’m shooting this thing out in LA.’ And they asked what it was and I was like, ‘Well I can’t really say. But I promise you I’m working on something.'”

Weeks before shooting started, Emily got to see her costume for the very first time. “I remember when I had to drive out to the Valley to this massive studio where they build all this stuff and they showed me the sketches and my breath was taken away,” Emily continued. “That was the first thing I had to go on but that started my imagination about who this character is.” She got to meet with creator Jon Favreau and executive producer Dave Filoni to discuss who the Armorer is “in the greater context of this world and where she fits in our hero’s story.”

When she put on the armor, she admitted that it was “impossible not to run into things.” Since her face is covered by a mask on The Mandalorian, which premieres new episodes on Fridays, Emily couldn’t usually use the things that she normally uses to communicate. However, this wasn’t completely new territory for the actress. “For me, I started acting in theater and I did mask work, so it was sort of bizarre that I got to use some of what I learned from my theater training for this TV show,” Emily said. “It came in handy. Some of it was based on feeling. I started to be able to trust what was communicated but then a lot of it was based on feedback. It was a very collaborative process.”

Being a part of the Star Wars universe has Emily feeling “giddy beyond belief.” She continued: It definitely immediately connects me back to being a kid and seeing those movies for the first time and what that launched in my imagination. That feeling I have to say was immediately present on set. Everybody that was involved with making the props, making the costumes, making the sets, you could tell there was this child-like glee and this sense of wonder which I think is something that Star Wars has, even with all the amazing technology and how much better a lot of aliens look than in the early movies. The thing that I think makes the collection of stories so impactful is the heart of it and the hero’s journey.

Emily also recently reprised her role as Amara during the final season of Supernatural. Getting the opportunity to come back to the beloved show meant so much to Emily. “I loved working on that show,” she said. “I’ve kept in contact with all those guys and I was hoping they’d bring me back, but with 15 seasons of things to draw from I didn’t know. I was so honored when I got the call and excited and curious.”

On top of The Mandalorian and Supernatural, Emily is also appearing on SEAL Team as Natalie Pierce. Emily opened up about playing such a strong female character. “They described her as being an alpha female among alpha males. I love that about her,” Emily told HollywoodLife. “She’s not fazed at all by all of the guff that gets thrown her way. But I also really appreciate that she holds her own in a room but she’s not pushy about it. She just seems very confident in who she is. She’s absolutely confident that she can help Jason if he is willing to hear that but she knows she can’t force him to do anything.” When the show returns in 2020, you will be seeing Natalie again. She teased that Natalie will be “challenging Jason in new ways than what we’ve seen” and Natalie’s backstory will be explored more as well as “why she’s drawn” to Jason.