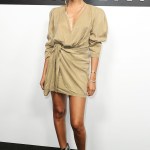 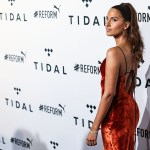 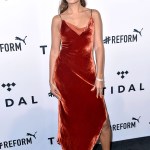 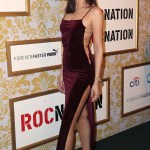 Michael B. Jordan may not be one of the most eligible single men in Hollywood anymore! The actor is rumored to be dating Swedish singer Snoh Aalegra after appearing in her steamy music video.

‘Woah,’ is right! Actor Michael B. Jordan might be off the market, as rumors have been swirling for a number of months that he’s dating Snoh Aalegra, the gorgeous singer who hails from Sweden. The might-be couple appeared in Snoh’s latest music video for her song ‘Woah,’ in which the duo get very cozy and intimate with one another through various scenes. Although neither has confirmed anything on social media or otherwise, fans believe the pair may have just subtly established themselves as a hot new couple! Here are five things you need to know about Snoh Aalegra.

1) She’s been working since she was 14. At the young age of 14-years-old, Snoh signed with Sony Music Sweden. During the weekends, Snoh would head to the studio to work with producers on her voice and sound, while attending school on the weekdays. Although she would never release music under the label, Snoh revealed she was “glad I had the opportunity to be exposed to the industry at a young age,” in a profile with Interview Magazine.

3) She’s worked with some major names in music. While Snoh has had a very steady solo career, she’s also been featured alongside a few big names. One Drake‘s track “Do Not Disturb,” Snoh’s song “Time” is sampled amid Drake’s ruminating lyrics. Fans can actually hear her crooning at the very beginning of the song! Snoh has also worked with Common, collaborating on the 2014 song “Bad Things.”

4) She’s tri-lingual. Snoh speaks Farsi, English, Swedish and “a little bit of Spanish,” according to her profile on gal-dem.

5) Snoh Aalegra is not her real name. Snoh was actually born Shahrzad Fooladi in 1987, but switch up her stage name as her popularity grew. She also has gone by names Sheri and Snoh Nowrozi.