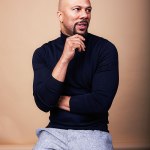 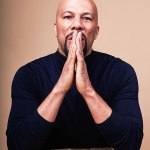 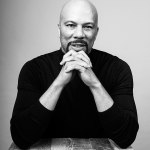 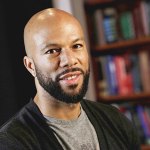 Wendy Williams tried to play matchmaker on her Dec. 12 show after admitting that she talked with Tiffany Haddish about Common’s split from Angela Rye! Wendy gushed over her ‘single, wealthy’ friend Tiffany, who called the rapper ‘delicious’!

Wendy Williams thinks Common and Tiffany Haddish would be a match made in heaven! The host, 55, proposed the idea on her Thursday morning talk show, where she admitted that she’s spoken to Tiffany, 40, about the newly single rapper, 47. Wendy ended her Hot Topics segment with news about Common’s split with political activist and commentator Angela Rye, 40.

“Tiffany, you and I have talked about this,” Wendy said about the breakup. “I’m not going to say too much. All I’m saying is, you all know that I’m close with Tiffany Haddish… We talk about men,” she continued, explaining, “The talk about men is disgusting and dirty, but not about the men that we know. We talk about either people that we’ve been with or stuff that we see that we don’t like.”

Wendy went on to recall that Tiffany “did mention Common to me and I acted like I didn’t hear it because I didn’t want to repeat it because I’m not that girl in real life.” However, she admitted that she “had to say something” because it is her job to report the news.

As for what exactly Tiffany had to say? — “She didn’t say anything foul about Common, except that he’s smart and he’s delicious to look at,” Wendy revealed, noting that she agreed with the comedian.

The host — who’s newly single herself after filing for divorce from Kevin Hunter Sr. in April after he fathered a love child with his mistress— concluded Hot Topics with her official pitch to Common, explaining all the reasons why he should date her friend.

“Tiffany is so smart and in my opinion they’d make a great couple and I told her that,” she began. “So Common, I don’t know what you’re going to do, I do not want to be involved. — I’m just passing it along. There is a very very single, accomplished, wealthy, no children, no relationship women that likes you a whole lot.” Well, Common, it looks like the ball is in your court!

Common and Angela, who began dating in the summer of 2017, split in the fall of 2019. The two have remained close friends ever since. The Oscar-winning rapper, who has a reputation for having amicable relationships with his exes, even gushed over Angela in a recent interview.

“First of all, I learned that she’s just an amazing, incredible woman,” he told Essence in early November. “It’s also a process, and a journey to get to understanding how to be full in a relationship, and be a full and complete person as much as possible,” he explained, adding that it was “fun to have a partner who you can really enjoy and can be really friends [with].”

Meanwhile, he’s been spending a lot of time with Tiffany this week, sparking rumors that they’re now dating. Common was spotted at Tiffany’s Black Mitzvah party last week and the two have been popping up in photos together ever since.