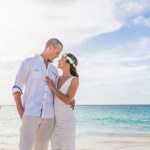 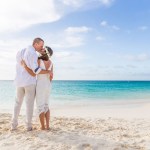 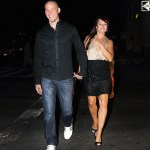 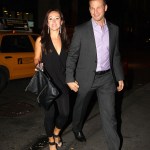 ‘Bachelorette’ stars JP Rosenbaum and Ashley Hebert revealed on Instagram that he’s in the hospital after a scary diagnosis of a rare autoimmune disease called Guillain-Barré Syndrome.

The Bachelorette alums Ashley Hebert, 34, and JP Rosenbaum, 44, announced on Instagram that he is suffering from a rare autoimmune disorder called Guillain-Barré syndrome. “JP was diagnosed with Guillain-Barré syndrome yesterday,” Ashley posted on her Instagram Stories on Sunday, December 8. “He is in treatment and doing well. It may be a long road to full recovery, but we are so grateful to everyone that has helped us get to a speedy diagnosis and treatment.”

Guillain-Barré, according to the Mayo Clinic,”is a rare disorder in which your body’s immune system attacks your nerves. Weakness and tingling in your extremities are usually the first symptoms. These sensations can quickly spread, eventually paralyzing your whole body. The exact cause of Guillain-Barré syndrome is unknown. But it is often preceded by an infectious illness such as a respiratory infection or the stomach flu.”

JP, who won wife Ashley’s heart on season 7 of The Bachelorette, spoke out to his Instagram fans in a series of videos, as well. Sitting in his hospital bed, he called the diagnosis “very surreal and humbling and crazy, rare. Things you do every day, like picking up this phone, or buttoning buttons, tying shoelaces, putting on deodorant, just can’t do it. Picking up my kids, can’t do it. Wiping your ass, maybe TMI, but might have Ashley assist on the next one. Can’t really believe it.”

He added that he’ll probably have to be in the hospital for a few more days, but he and Ashley are remaining optimistic about his prognosis. “I know there’s lot of physical therapy in my future,” he said. While there is no cure for Guillain-Barré syndrome at this time, there are treatments that can ease the symptoms of the disorder, and reduce its duration, according to the Mayo Clinic. The organization notes that “most people recover from Guillain-Barré syndrome, though some may experience lingering effects from it, such as weakness, numbness or fatigue.”