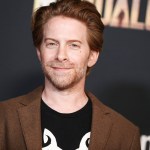 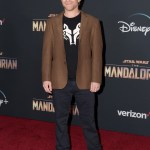 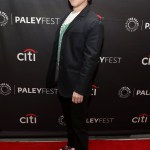 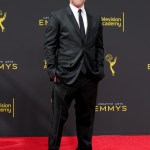 It’s been nearly two decades since Seth Green starred as ‘Oz’ in the iconic supernatural drama and he’s spilling all the tea on what it would take to return for the planned reboot!

Seth Green, 45, is busy gearing up to participate in Charity On Top’s “The World’s Big Sleep Out” held at the Rose Bowl in Los Angeles on Dec. 7. But the Emmy Award-winning star took time out to speak EXCLUSIVELY with HollywoodLife about his charitable cause and also dish a little about his iconic role as “Oz” in the 90s cult classic, Buffy the Vampire Slayer. And although none of the original stars have been cast in the reinvented version of Buffy, we asked Seth if he would ever be willing to return to his role as “Oz”. Seth said, “I would probably do anything Joss Whedon wanted me to.”

Meanwhile, the philanthropic star will be reading a classic bedtime story at the The World’s Big Sleep Out which invites the public to sleep out together, under the stars in unison to create the world’s largest display of solidarity and support for those experiencing homelessness or displacement. “Homelessness is proving to be a critical issue in many cities across America,” Seth explained. “It is a larger problem than cannot be solved by any single thing. This kind of fundraiser benefits several organizations that are each working on different parts of this complicated problem.”

“It’s easy to feel hopeless. Whether you’re homeless or a person in L.A. witnessing the growth of this problem and the painful plight of those afflicted,” Seth continued. “I hope that we can raise awareness about solutions, and raise a lot of money to directly help those in need.” He added, “Check out the website and list of the organizations connected to this event. They’re all worth contributing to, and knowing about. Also volunteering where you can — everyone needs help.”

People can make an individual difference by registering, associating with their chosen charity and then rounding up and fundraising sponsorship for their “sleep out” just like one can do when running a marathon for a cause. It’s going to be a great and fun night, perfect for the whole family and friends.