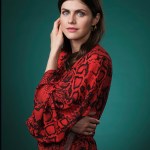 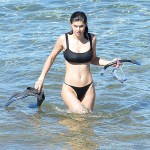 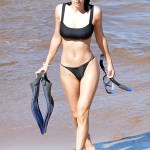 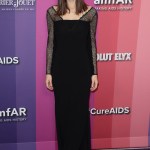 Alexandra Daddario is a ‘big believer’ in ‘challenging’ herself and that’s exactly what she’s doing these days. HL spoke EXCLUSIVELY with the actress about her Jaguar partnership, the rise of the rom-com again, her advice to young girls, and more.

Alexandra Daddario is keeping busy these days and she is thriving. The first season of Why Women Kill just ended and she’s got a number of new movies on the way. Alexandra recently partnered with Jaguar and fashion photographer Max Montgomery on a high-fashion photo shoot featuring the new Jaguar XJ Collection. This campaign shows off the new XJ Collection and celebrates the last of the heritage XJ models.

HollywoodLife spoke EXCLUSIVELY with Alexandra about her “incredibly exciting” partnership and working with Max. She also opened up about exploring “all different kinds of things” with her career and wanting to “just really challenge myself to do different things.” Alexandra talked about the resurgence of rom-coms and why now is a really “fascinating” time in the entertainment industry. Read our full Q&A now.

Why was this partnership with Jaguar something that you wanted to be a part of?
Alexandra Daddario: I love Jaguars. I think it’s just a gorgeous car and it’s just so high end, so sophisticated, and so beautiful. It’s such a great brand to connect myself with. It’s something I can really be proud of and I really enjoy working with brands that I really believe in. I don’t want to have to do anything that feels inauthentic, so it was just such a cool and exciting partnership. The car is absolutely gorgeous. The photography was incredible, he really understood how to make these photos gorgeous, as you can tell, and it was an honor.

This is the last of this Heritage XJ model. What does that mean to you to have a hand in showcasing this incredible model?
Alexandra Daddario: It’s incredibly exciting. It’s an iconic model. It’s been around for 50 years. Everybody knows what it is. This car that I was standing next to is 1 of 300. That’s incredibly cool to be able to be part of something that’s that special. It’s just such a gorgeous, unique experience to get into an iconic vehicle like that. They have really advanced features and they’re totally gorgeous and keeping their 1 of 300 was really quite special. This is the sort of the final specialized thing for something that’s so iconic.

I’ve followed you ever since you were in Percy Jackson and you’ve always had such a great and unique style. Over the years, what’s a style tip that you’re always thinking about or implementing?
Alexandra Daddario: I think my style has really evolved. I love this idea and I think it’s so important when you surround yourself and put yourself in things that make you feel good. That you can sort of streamline your life in a more clear way. It’s the same thing as keeping everything clean in your house or whatever the case may be. I think it’s a form of self-expression to have the things around you that make you feel good. I really practice this with my style as I’ve evolved and I’ve tried adding more colorings to wear nothing but black. I think I’ve had a lot of misses and then some hits. As I get older, it’s just about sometimes relying on other people’s advice and, at the end of the day, as long as you feel good in that. You just want to feel good and then be confident. That’s the best way to walk around in your life — with confidence — and you can only really do that if you’re expressing yourself in an authentic way.

You just completed Why Women Kill season 1, which was great. It’s already returning for season 2. Would you want to be a part of it?
Alexandra Daddario: I know that they’re working on it. I don’t really know what the plan is but I would love to be part of it. I’ve loved working with Mark [Cherry] and I love the show. I think it was meaningful and fun. It was just a great group of people to work with.

I feel like he always creates such great projects for women and writes such great stories.
Alexandra Daddario: He does. He understands women so well. It’s really remarkable. He writes for them so well and that’s really special. As you get older, it’s like you want to work with people who are really passionate and who are really positive. And that was the whole set and that’s Mark.

With Why Women Kill, it was your return to TV after a couple of years. Do you find yourself liking films more or is it just it depends on the TV role? So many actors are going back and forth now.
Alexandra Daddario: TV and film are different than when I first started or even how it was when I first moved to LA 10 years ago. There was this stigma of TV or film and it’s just not like that anymore. Streaming is totally changing the business. I’m really curious where it’ll be in 5 years. But TV now can be 10 episodes in a one-year contract. Doing something for a streaming service, that’s basically a really long movie. I mean that’s like True Detective. It’s just totally different than the conventional model of what a network show used to be and still is. They still have that. But I would do anything that’s good and anything that I liked regardless of the medium that it’s being played on.

You have done a lot of romantic comedies, which are my favorite. I feel like there are so many more these days compared to 10 years ago. Do you think they’re having a comeback? I feel like this is a new era for the rom-com.
Alexandra Daddario: Romantic comedies became a dirty word. For some reason, I think that they started to become something different than what they were when Julia Roberts was starring in Notting Hill, etc. And it’s the same thing with other genres as well. If you’re trying to find the fit or formula without really coming from a creative heart, then you’re going to bore the audience or make something that isn’t authentic because you’re trying to follow a formula. I think that the formula can be great. You just have to have an extra creative flair. Streaming has really allowed us to put a lot of content out there that I don’t think that we would otherwise have because there’s more money and they’re trying to build their base. I think more rom-coms are being made especially. When We First Met was for Netflix and I don’t think that movie would’ve been made somewhere else. So it’s really cool that streaming has allowed us to create new content.

I feel like When We First Met sort of kicked off a lot of what Netflix has been doing now with rom-coms like To All The Boys I’ve Loved Before.
Alexandra Daddario: Who doesn’t love a rom-com? I think especially in the world that we live in right now there’s so much and sometimes it can be really nice to live in darkness or stress or this or that. And there are movies that are really important that aren’t fun and they have to exist. But every now and then, you just want to go sit down and watch a movie that’s just simple and funny and about love.

You’ve done everything from romantic comedies to dramas to horror. Do you find yourself wanting to explore multiple genres? Is there one you gravitate towards more?
Alexandra Daddario: I want to explore all different kinds of things. I’m a big believer in challenging myself, meeting new people, learning from different kinds of people. I really want to just really challenge myself to do different things. Some of it is that you have to have a career tactic. And then some of it is, just especially as I get older, it’s life. What’s going to make me happy? What can I do just for me? Why? At a certain point, you don’t have to think about business too much. You have to think about what city do I want to be in, who do I want to work with? What would make me happiest? And that’s really what I’m focusing on now.

You’ve got Lost Girls and Love Hotels coming up and it takes place in Tokyo. What was it like to film there?
Alexandra Daddario: We shot in Tokyo for a couple months. That was incredible. Japan is incredible. I mean, everyone who goes there says that it’s an incredible place. That was a unique experience because not a lot of films shoot there because there are no tax breaks. It was just an incredibly unique experience to go and live there.

What advice would you give to a young girl who wants to pursue a career in acting? What would you tell your younger self?
Alexandra Daddario: I think that the main advice I’d give is: you have to follow your heart and don’t let any of the noise bother you because, especially with social media, I can’t imagine what it’s like to be a young woman growing up now with social media. But I think at the end of the day it’s about what you love, what you’re drawn to, your instincts, just doing good work, and working really hard. That’s really the only way. It’s not going to be who you know or what party you’re at or how hot you look on Instagram. Although I’m a believer in that, too, if you want to put yourself out there. I do that myself. You have to be able to do what your heart tells you and just keep your head down and work really, really hard.

I feel like we’re just entering a new era of entertainment content. There’s network, there’s cable, there’s streaming, there’s film. There are so many avenues and it’s a really exciting time.
Alexandra Daddario: It is. And that’s why we’re getting so much more content. It’s a really fascinating time. And with social media, you can promote things in a different way, you can control things in a different way, and sometimes not control them. It’s just a really interesting time.