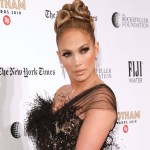 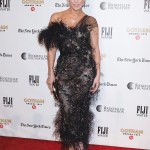 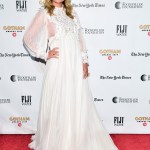 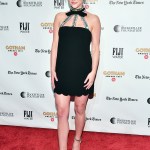 Everyone raving over Adam Sandler’s performance in ‘Uncut Gems’ & the actor spoke to HL at the Gotham Awards about his exciting new film!

Who is ready for awards season to start?! The fun began at the IFP Gotham Awards, when some of the biggest stars in films from 2019 walked the red carpet and celebrated each other’s cinematic successes. Adam Sandler was nominated at the awards that celebrate independent films in the category of Best Actor for his upcoming A24 film, Uncut Gems. The actor, who has already received critical praise for the film that hits theaters on Dec. 13, spoke to HollywoodLife.com in an EXCLUSIVE red carpet interview about working with the Safdie brothers on the project. “I love those fellows for life. They have amazing energy. Smart guys, young, youthful,” Adam said of directing duo Benny and Josh Safdie.

He continued, “It’s good when you’re a little older to be around some of these young guys who are so God damn excited about everything and so smart and I can’t wait to do it again with them.” So we can definitely expect more to come from this trio of comedic geniuses! Uncut Gems stars Sandler in the role of a jeweler to the rich and the famous, whose high-stakes bet lands him in a bit of trouble. Alongside the Wedding Singer is none other than Idina Menzel, Lakeith Stanfield, Gotham-nominated newcomer Julia Fox, Kevin Garnett and The Weeknd!

In another interview with HollywoodLife, the Safdie brothers had equal praise for Adam, and revealed that one of their best moments on set isn’t even in the movie! “[Adam] comes in and out of the showroom and he’s talking to Kevin [Garnett]. He kept coming back and we kept sending him back out into the showroom with another one-liner, another zinger, and he just kept coming back and forth, back and forth, and we ended up doing it for like 15 minutes,” Benny explained. “That was just us being like listening to Adam saying the records as kids being like, ‘Oh my God, we have Adam Sandler.‘ Let’s just keep throwing jokes out there,” Josh laughed.

Uncut Gems hits theaters on December 13. In addition to the three IFP Gotham Award nominations, including Best Feature Film, the movie has also received praise from The National Board of Review. At their January 8, 2020 awards, the Safdie Brothers will be honored with Best Original Screenplay, and Adam Sandler will be honored by Best Actor.