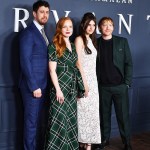 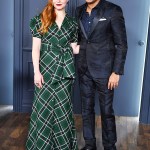 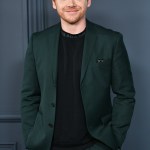 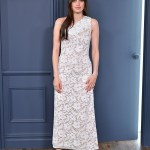 ‘Servant’ premieres this Thanksgiving on Apple TV+ and it is one dark and twisty show. HL spoke EXCLUSIVELY with stars Lauren Ambrose and Toby Kebbell about Dorothy and Sean’s relationship and more.

Servant is a new psychological thriller from the mind of M. Night Shyamalan. The series stars Lauren Ambrose, Toby Kebbell, Rupert Grint, and Nell Tiger Free. Servant follows a Philadelphia couple in mourning after an unspeakable tragedy creates a rift in their marriage and opens the door for a mysterious force to enter their home. Lauren and Toby play Dorothy and Sean Turner, whose lives are turned upside once again when they hire a young nanny named Leanne.

HollywoodLife sat down with Lauren and Toby at the Servant press junket in New York City to discuss how Dorothy and Sean’s relationship will evolve over the course of the season. “They’re just dealing with so many lies and denials and it’s like different levels,” Lauren told HollywoodLife. “They love each other so deeply and then they are dealing with this tragedy in very different ways.” Despite coping with a tragedy in different ways, Toby said Dorothy and Sean are “incredibly supportive” of one another. “Even though Dorothy is going through such an incredibly hard time and whatever is going on in her mind, there’s still this incredible support going on. We’re playing happy families a little bit but that’s based off what our relationship was. That’s how we live. We’re snide to one another and we snip at each other but that’s a sign of affection. It was beautiful to play. Our scenes were tremendous fun to play.”

Dorothy and Sean want to make it work but this tragedy makes it very difficult for them. “It’s like there’s this giant crack and they’re both desperately trying to fill it in,” Lauren continued. “They’re desperately trying to stitch it together again and it’ll never really be the same and, obviously, the way through dealing with a tragedy is through it and they’re both skirting that. It’s sort of heartbreaking. It’s heartbreaking to read and heartbreaking to play and fun to play.”

When Leanne comes into the picture, everyone reacts to the mysterious force that comes along with her differently. “We’re all kind of playing our own story of what this is, so Sean’s life with the servant is different to Dorothy’s and different to the brother-in-law, the friend of the family, and all these other people that come into it,” Toby said. “But I think from Sean’s perspective this is an entity that’s in the house now and this is his place. And this is a place he doesn’t want to have left and wants to be around and wants to make it good and nice and comfortable for him and Dorothy to have a life. So it’s an intruder for Sean.”

Both Lauren and Toby knew from the first script that they had to be a part of this show. “Honestly, I read the role of Sean and I felt like I knew who he was,” Toby told HollywoodLife. “I was like, ‘I can do that. I know how to bring to life what was on the pages.'” Lauren added, “For me, I read the first script and I thought it was insane and really interesting and Night was at the helm of it and I really wanted to work with him because I feel like he knows what he’s doing. I feel like it would be a very safe way to venture into doing a thriller, which I’ve never done before and always wanted to. I just love his work, I love Tony’s words, and I thought it was a really difficult and challenging character to figure out how to play.”