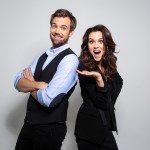 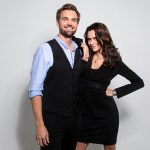 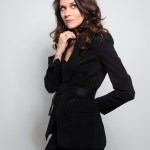 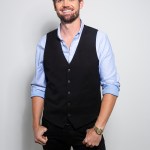 Hilarie Burton and Tyler Hilton are reuniting for ‘A Christmas Wish’ along with other ‘OTH’ cast. HL spoke with Hilarie and Tyler about the ‘real magic’ of this holiday movie.

A Christmas Wish premieres Nov. 28 on Lifetime and stars Hilarie Burton and Tyler Hilton. The beloved One Tree Hill stars are reuniting once again for a heartwarming holiday film. In the town of Ponchatoula, Louisiana, a wooden wishing box is placed in the park as a Christmas tradition. People write down their heart’s desire and place it in the box in hopes that their wish will be granted. Faith, played by Burton, wishes to experience true love for the first time. A handsome and eligible bachelor enters her life but as Christmas nears, Faith begins to wonder if her wish is actually leading her to her best friend Wyatt, played by Hilton.

This isn’t the first holiday movie Hilarie and Tyler have worked on together. They starred in Christmas on the Bayou in 2013 and The Christmas Contract in 2018, both of which featured other OTH alums. A Christmas Wish is no different. Lee Norris, Antwon Tanner, Barbara Alyn Woods, and Colin Fickes also make notable appearances in the movie. For Hilarie, getting to work with her former castmates again on projects like A Christmas Wish is an incredible opportunity. “It’s really empowering,” Hilarie told HollywoodLife. “I think everyone knows now that some stuff went down on One Tree Hill that wasn’t cool, and so to take the narrative back and to say, ‘Hey, we are going to work together and it’s going to be on our terms. And we’re going to make stuff that feels nice and is good for the whole family and is good for women.’ That’s a really empowering feeling. Lifetime’s been making projects for women by women forever, and so everyone else is on the bandwagon now and that’s fantastic. But they have a track record of having done it for decades. They have been a natural home for us to kind of take that narrative back and say, ‘Yeah, we’re going to make content. It’s going to be nostalgic for our fan base, but it’s also going to be new and fun and lighthearted.’ You can tell that we’re having a good time.”

Getting their OTH alums to take part is never a problem. “We seriously just sit on our phone and go through and see like who is up for it,” Hilarie continued. Tyler added, “At one point, there was a part that still hadn’t been cast. She and I were just sitting in our cast chairs just texting actors we knew and saying like, ‘Hey! You want to come out to Louisiana next week and just be in this movie?'” Hilarie said, “What’s nice is that everybody wanted to do it. It just became a matter of like, ‘Oh, I’m shooting this other thing.'”

Tyler admitted that he loves that the character of Wyatt isn’t your typical leading man. “A lot of times, guy characters can be so stale,” Tyler said. “There’s something about this that’s so silly and so kind of endearing and just like a big kid. I love that kind of role in a guy.” For Hilarie, Faith isn’t on a journey to find herself, which is a typical storyline for women in many holiday movies. “She knows who she is,” Hilarie told HollywoodLife. “It’s a matter of putting the school and that priority in one place and then her personal life. That’s the struggle with women. How do we balance our work, our love life, our kids? And so that, to me, was the narrative. Like how do we balance these things that matter to us without turning into a crazy person?”

Hilarie’s passion to break the mold when it comes to movies like A Christmas Wish is just one of many reasons Tyler signed on. “That’s why I think these movies aren’t just like normal because Hilarie really has a hand in the narrative and the story that they want to tell and the culture that the movie’s going to be in,” he said. “She changes a lot. And that’s why I think a lot of these movies can feel cookie-cutter, and never the ones that she’s in. That’s why I wanted to be a part of it, too.”

A Christmas Wish certainly won’t be the last holiday movie that Hilarie and Tyler do together. “We start planning things about a year in advance,” Hilarie said. “We’re already planning next year.” The movie also stars Megan Park, Cristian de la Fuente, and Pam Grier. Tyler’s latest holiday song “Drunk on Christmas” is available now. A Christmas Wish will premiere on Nov. 28 at 8 p.m. on Lifetime.