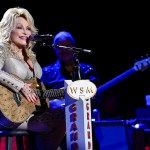 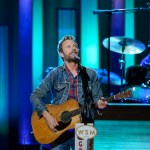 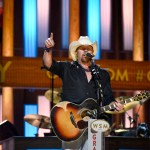 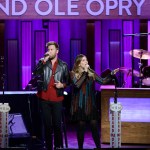 The one and only Dolly Parton wowed us all when she hit the stage for her ’50 Years at the Opry’ special on Nov. 26. The 73-year-old country legend looked incredible in a gray and gold metallic leather outfit.

Dolly Parton showed up in style for her NBC holiday special. The “Jolene” singer, 73, stunned in a metallic leather outfit that featured beautiful gold embroidery. Dolly’s hair was styled perfectly and her makeup was so on point. She also had long pink nails and wore big earrings. Dolly looked flawless from head to toe. At 73, Dolly’s still got it!

Dolly will be performing some of her biggest hits on the Grand Ole Opry stage in Nashville during her TV special. Only the best venue for Dolly! She’ll be joined by Dierks Bentley, Emmylou Harris, Chris Janson, Toby Keith, Lady Antebellum, Margo Price, Hank Williams Jr., and more. They’ll be performing throughout the 2-hour holiday special. Dolly Parton: 50 Years at the Opry will also feature new interviews.

This has been a busy month for Dolly. She co-hosted the CMA Awards with fellow country stars Carrie Underwood and Reba McEntire. This trio had a blast co-hosting together. She performed her song “God Only Knows” during the amazing ceremony. Before she hit the stage, Dolly dazzled on the red carpet in a beautiful beaded gown.