“Wind in our hair, we were feeling alive / You and me driving down Broken Bend Drive,” sings Jenna Raine at the start of “You Can Blame Me.” From there, the 15-year-old singer dubbed “the next great young songwriter” becomes the leading lady in her own love story. In this clever, multi-layered video, Jenna and her leading man travel throughout the decades while never leaving the film studio’s soundstage. With each mile and every year, their “in-character” romance blooms — from the “Roaring Twenties” to the “Summer Of Love” to the present day.

After the director shouts cut and the set is struck, Jenna walks out to a waiting car. As she turns back to catch the eye of her co-star, it appears there might be the start of an “off-screen, real-life” romance. If that’s the case, Jenna is more than happy to accept the “blame” of this boy catching feelings for her. “Saying it’s the first time you feel free / You can blame, you can blame, you can blame me.”

This well-polished piece of pop perfection — powered by Jenna’s thoughtful lyrics and her undeniable vocals — is why she’s poised to be one of the biggest stars in the coming decade. Fans first began to fall in love with Jenna last year when she released “Us,” her debut song. “It’s about a friendship of mine where we thought we were going to be close for our whole lives, but time told a different story and split us apart,” Jenna explained in a statement. “The song is my way of saying, ‘I’ll always be here for you, and you can always come back to me if you ever need someone to talk to.’” 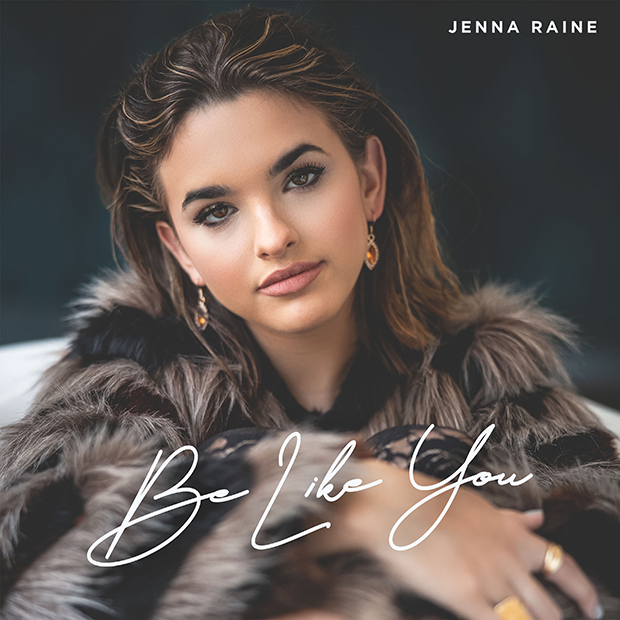 Growing up in Westlake, Texas, Jenna took her first step towards a music career by performing Adele’s “Rolling In the Deep” in a third-grade talent show. Years later, she began taking lessons at the Septien Entertainment Group, a Dallas-based training facility. From there, she joined a girl group (L2M), pursued acting and landed a role in the YouTube Red series, Hyperlinked.

In 2019, she released her debut EP, Nen, in January, and followed that with her second, Be Like You, at the start of November. With Be Like You, Jenna continued to build her reputation as a songwriter, one with passionate and honest lyrics.

“Whenever I listen to a song I always focus on the lyrics, to try to figure out what the singer really wants to get across,” said Jenna. “When people hear my music, I hope they do the same thing with my lyrics. I really want people to find out what each song means to them.”