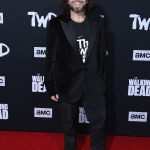 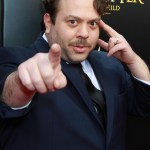 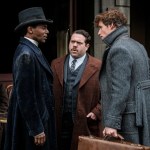 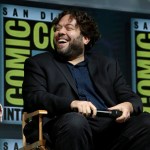 The physical transformation of ‘Fantastic Beasts’ actor Dan Fogler is nothing short of astounding and we have the before and after pics to prove that!

Dan Fogler‘s weight loss journey, which has been a big topic amongst his followers as of late, is totally admirable. He dished on many aspects of it in his most recent Instagram post shared on Nov. 22. “Hello, this is a wake up call for all my concerned fans who have oh so subtly voiced their concerns about my health & weight loss recently,” he began. “When I turned 40, this formally fat guy’s metabolism slowed the f**k down so I couldn’t digest all the greezy fried cheesy sugary deliciousness as quickly as I could in my youth.” That realization inspired the actor and comedian to “make life changes” or he would eventually have to face the possibilities of being diagnosed with diseases associated with being overweight like diabetes.

One of his reasons for doing this centers on his daughters Edi, 7, and Angel. “I have two little girls that I want to see grow into strong women and I wanted to be there for them and set a good example,” he revealed before talking about how he lost the pounds. “So what did I do? I stopped eating PROCESSED foods that I couldn’t digest quickly. Anything with a wrapper with more than 3 ingredients that you can’t spell is probably bad for you.”

The Goldbergs star, who is currently in pre-production with the upcoming Fantastic Beasts and Where To Find Them 3, also did intermittent fasting and practiced karate as a way to shed the pounds that took two years to drop. Dan is so inspired by it all that he might be writing a book because of it!

He reiterated to his fans that he’s “not sick” in the wake of his big transformation and that this life change has probably added “20 years” to his life. Dan also spoke on how his “soul” is still “exactly the same” except it is much “shinier” now.

His comments section was swarmed with compliments about how proud his followers are of him. “I didn’t think it was possible for you to be even more devastatingly handsome but BOOM. You did it,” actress Lea Thompson, 58, wrote. “Congrats.”