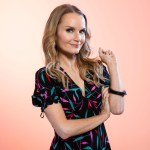 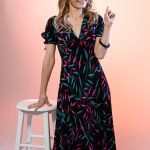 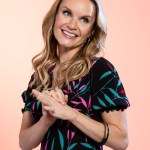 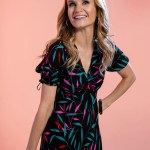 If you’re hooked on ‘High School Musical: The Musical: The Series’, you’ve definitely fallen in love with Kate Reinders and her character, Miss Jenn. Well, get in line!

If you’ve got a Disney+ subscription — and I know you do — you’ve likely already binged the first three episodes of High School Musical: The Musical: The Series. I will then assume that, like myself, you’ve instantly fell in love with the new class of East High. What it lacks in Baby Yoda appearances, it makes up for with incredible musical performances, fresh young stars, and storylines never-before-seen on the Disney network. Enter Kate Reinders, who plays Miss Jenn, the seemingly fearless leader of the drama club and director of the school’s very meta production of High School Musical. Kate, who made a name for herself on the Great White Way in shows like Wicked and Beautiful, chatted with us about the amazing new take on the franchise and how her character fits in with the lives of the bright, young students and cast.

“I swear, I was the youngest for so long, and then I woke up, and I don’t know when it happened exactly, but now I’m the mom,” Kate teases. “I mean, I am literally a mom, but I’m also the show mom, and I actually love it. I love being the show mom. These kids are great. I can’t believe their talent on a daily basis. They keep blowing me away. I think I know how much they can do, and then they do more, and I’m just trying to keep up with them!” She’s doing quite a job of that so far. While Miss Jenn has yet to become the focal point of the show in it’s first three episodes, small Easter Eggs about exactly who she is and why she’s so keen to direct this particular show continue to pop up. Kate admits that while there might be a lot of mystery behind her character to the audience, she understood Miss Jenn almost immediately.

“Miss Jen and I basically had the same childhood,” Kate explains. “Small town, American middle class — very late bloomers. We both found our place in theater, found a group of friends, found acceptance. We were theater nerds with big dreams, and then we both moved to New York to pursue those dreams.”  Along with understanding her background, Kate confesses she’s also very familiar with the journey that Miss Jenn will ultimately go through in the first season of the show; again, since she went through something similar herself. “You get to a certain age and you’re like, ‘Wait, what am I doing? Why did I think this was a good idea when I moved here? What else could I do? What else is in me?’  That’s the crossroads that Miss Jenn is at where the show begins, and this show is taking her on that journey of who is she now and who could she possibly be.”

And who she really is turns out to be a bigger question than anyone initially realizes. In the latest episode, ‘The Wonderstudies,’ Miss Jenn finds herself with a target on her back, as Mr. Mazzara, played by Mark St. Cyr, starts to dig deeper into her past. His jealously over the amount of attention — and funding — her theater group is getting over his Robotics team sends him on a mission to expose her dark secrets. Turns out, Miss Jenn (if that’s even her real name!) may have fudged quite a few details on her resume, including her credentials as a teacher. But in a powerful moment defending her students from his scrutiny, she proudly faces off with Mr. Mazzara and says, “I’m here because I believe in these kids, not because all of them are going to be Broadway stars, but because they won’t.”

“We just have so much fun hitting the ball back and forth,” Kate admits about working with Mark. “As the show goes on, you’ll see that neither he nor I are exactly what we seem. We have layers, and our layers will meet layers.”

The same can be said of the show, in general, as Disney+ is giving it license to take the plot in unforeseen directions. For example, in the first episode, a young man named Seb auditions and ultimately lands the role of Sharpay in the production. The role is played by Joe Serafini, a talented senior at the University of Michigan. The casting choice has yet to be specifically addressed on the show, and many fans speculate that gender-bending the role may lead to the show having a very open discussion about teens and gender roles in 2019. Kate assures me, without giving too much away, that Seb will have his moment to shine by the season’s end. “This is the thing,” she says. “What’s so great about our show is that we have time. You don’t meet these kids for 5 seconds; you meet them, and then you get to know them, and that’s true for our regulars and our recurrings.” She then added, ” I don’t want to spoil anything, but I will tell you he sings in [Sharpay’s] key and he sings it better than you’ve ever heard it ever, ever, ever. He could do it eight times a week, upside down, spinning around.”

As the first season starts closing in on the half way point, the cast will soon be back at it in Salt Lake City, Utah, as before even a single episode aired, Disney+ renewed it for a second season. While the students were surprised by the announcement earlier this fall, Kate admits she saw it coming. “We are very excited. I, of course, am not surprised because the kids are so talented. There’s no way they could keep that locked in a box for long, and it needs more than one season.”

But the question remains — what would a second season look like? If the first season ends with the opening night production of High School Musical, what could the kids possibly do next? Why, put on another show, of course! As to what that show might be …

“[Creator] Tim Federle has it picked out,” Kate confesses. “I know it’s going to be better than what I could think of. I want to do them all. I want all of these kids to have big, huge moments to shine. They do already, but they will have more.”