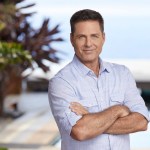 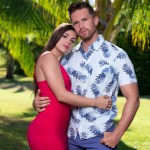 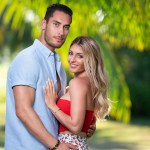 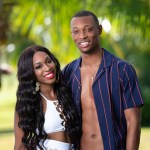 Rick goes off on Medinah when she doesn’t think he’s paying enough attention to her in this EXCLUSIVE preview of the Nov. 21 episode of ‘Temptation Island.’

Medinah sits down to talk to Rick about what happened last night in this EXCLUSIVE preview of the all-new Temptation Island. Medinah admits that she’s “mad” that Rick let her leave here last night. Rick doesn’t understand what she wants from him and why she’s making such a big deal out of this. “I don’t know what you want me to do,” he tells her. She has no problem saying what’s on her mind. “You don’t give me the attention that I want and that I need,” she says.

Rick thinks Medinah is being “extra” when she says this kind of stuff. She doesn’t think that’s the case at all. They’re just two people who have two different ways of dealing with things. Rick explains that he was worried about Casey and wanted to check on him. Medinah is openly annoyed that Rick was helping Casey and not paying more attention to her. That’s when Rick snaps.

“Now that make me pissed,” he yells. “Now you just sound like a selfish a** person right there. You don’t give a f**k about me checking on somebody else who’s going through the same sh*t that I went through. What the f**k do I need to be up your f**king a** every two f**king seconds when somebody else next to me that went through the same sh*t I’ve been through [and] see this girl get f**ked by somebody else. You just even making that sentiment right here just tells me what type of person you are.”

Medinah doesn’t even say a word. She is stunned by what Rick just said. All-new episodes of Temptation Island season 2 air Thursdays at 10 p.m. on USA Network.