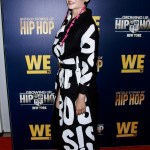 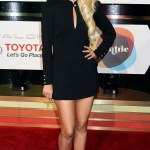 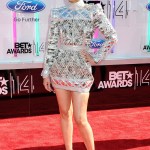 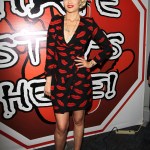 The drama escalates to a whole new level in this EXCLUSIVE preview of the ‘GUHHNY’ finale. Madina hits the stage and throws major shade at Charli Baltimore that has everyone talking.

Madina brings the drama during her performance in the Growing Up Hip Hop: New York finale, airing on Nov. 21. She calls out Charli Baltimore in her rap at the Murder Inc. event and says Charli “still ain’t on the map.” That makes everyone turn their heads. Madina doesn’t stop there. The disses just keep flying. “How you ain’t even going to your own kid’s show?” Madina continues. She just took things way too far.

“I don’t even know this woman,” Charli says in a confessional. “It’s so weird. What the f**k? It’s just super f**king weird.” When Madina is done rapping, she walks off the stage as if she did absolutely nothing. The tension in the room gets kicked up a notch. No one knows what’s going to happen next.

“I told y’all asses my aunt is crazy as hell. I don’t y’all to leave her alone ’cause she’s really crazy and now look. How we going to clean this up?” Vina Love, Madina’s niece, says in our preview. Irv Gotti has something to say about the whole situation, too. “F**k that chick. I don’t give a f**k who it is. Chuck is my friend,” he says. People start yelling at the party and things begin to boil over. Irv Gotti appears to look at the camera and break it!

The synopsis for the Nov. 21 finale reads: “Charli and Madina’s fiery feud comes to a head at the Murder Inc event. Irv goes ballistic and all hell breaks loose! DNA results expose all about kissing cousins Da’Zyna and YD. Flav’s drinking spirals out of control… and fists fly!” Growing Up Hip Hop: New York airs Thursdays at 9 p.m. on WE tv.