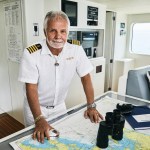 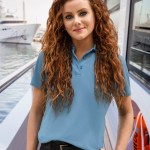 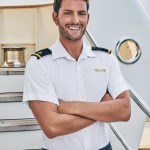 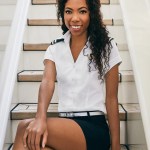 Watch out Simone, ‘Below Deck’s Captain Lee has a ‘Housewives’ franchise cast member he’d want to put in her steward position. We’ve got his pick.

As Below Deck fans know, Captain Lee Rosbach is one tough guy and a serious task-master who literally runs a tight ship with his season 7 yacht Valor. He’d be a challenging boss for anyone to work for and he has a fellow Bravo star who he thinks would make a good member of his crew. HollywoodLife.com spoke to Captain Lee at BravoCon in New York City on Nov. 15 and he EXCLUSIVELY told us which of the Housewives cast members he’d take on. He thinks Real Housewives of New Jersey‘s Melissa Gorga has what it takes to work under him.

“I think Melissa might. I like her attitude,” he says of the 40-year-old. As for the position, it’s one we doubt Melissa would ever want to touch. “If she can handle it, probably second stew,” is where he’d put her. However as viewers of the show know, that is a pretty thankless position. Doing laundry, changing bed linens, cleaning the guest’s rooms, vacuuming floors and other tidying up chores are the main duties, in addition to helping bring out meals to the guests. Melissa would far more likely to be one of the guests aboard Captain Lee’s yacht that ever doing laundry duties in cramped conditions.

Of course Chief Stew is the most enviable — and hard-working — of the in-house positions, but Kate Chastain has held that position under Captain Lee for so long that she’s not going anywhere. Not even for Melissa. “Because nobody can replace Kate,” Lee tells us. Of course Kate’s in primary charge of keeping the guests happy with the food coming from the kitchen and booze flowing from the bar. As well as dealing with the sometimes temperamental chefs and making sure her second and third stews are keeping the yacht’s interior ship-shape. Kate is queen of keeping the interior together for Captain Lee and they have a special bond.