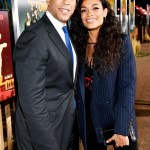 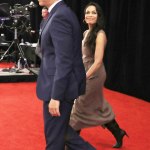 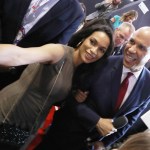 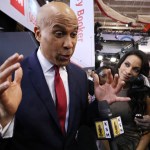 Wendy Williams put Cory Booker in the ‘Hot Seat’ on her Nov.18 show! She grilled him over a slew of political topics, but the most hard-hitting questions came down to his relationship with actress, Rosario Dawson. He admitted he’s hopeful they’ll tie the knot!

Democratic Presidential candidate Cory Booker sat down on the The Wendy Williams Show couch for the very first time on Monday morning, where he opened up about his relationship with girlfriend Rosario Dawson. He revealed to Wendy Williams how he met the actress, and admitted that Sarah Silverman played a part in introducing him.

“I have a lot of gratitude for Sarah Silverman,” Cory said, explaining that he and Rosario met at a “roof party” that the comedian hosted. He noted that “the roof was on fire that night.” The New Jersey senator went on to explain the funny story behind how he asked for Rosario’s phone number at the end of the night.

“So I have a lot of confidence in a lot of area, but I tell you, I did not feel confidence when I asked for her phone number,” he admitted. “I walked up to her, it was the end of the party, we had already talked a bit and people were drifting out, but she and I were lingering. I walked up to her and I said, ‘Well, how would I contact you if I wanted to get int touch with you?’, and she goes, ‘Oh, you’re asking for my phone number,'” Cory recalled.

“I have a lot of confidence when it comes to justice and opportunities, but this was a shy moment for me, definitely. But, she was merciful when it came to giving me her phone number,” he added, before Wendy flat out asked, “Will you marry her?”

MONDAY: Presidential hopeful Senator @CoryBooker tells Wendy about his run for the White House & how he met his girlfriend, actress @RosarioDawson. Plus, find out what deal Senator Booker makes with Wendy if he becomes president. Go to https://t.co/HuTAJNdit3 for local listings. pic.twitter.com/0Eq80Italv

As for future marriage plans? — Cory said, “Look, I have hope, I have hope!” The politician also gushed over his “righteous activist” girlfriend, and promised that he’d pick out a tasteful ring that complimented her well, if he were to take that next step in their relationship.

Cory also spoke about his views on the legalization of marijuana and informed Wendy that it’s her daytime talk show audience that is a key part of his campaign.

Excited to join @WendyWilliams on her show today—please check your local listings.

Here's a sneak peek from our chat about how we need to not only legalize marijuana in this country but also expunge the records of those who have been unjustly targeted by this failed drug war. pic.twitter.com/37aMseutLV

“You talk to our community . . . you bring really important issues to the floor,” he said. If Cory were elected to become the 46th president, he’d be the first bachelor president voted into office since Grover Cleveland in 1884. However, if all goes well between the New Jersey senator and the Daredevil actress, marriage could be in the cards.

Rosario and Cory, who’ve been dating for about 10 months, met in summer 2018 while they were both at a political fundraiser for a mutual friend.

“We actually met at a friend of our’s that was running for governor of Maryland,” Cory told RuPaul on his new talk show in June. The interview was the first time the senator confirmed his romance with the actress.

“Ben Jealous is his name, former head of the NAACP,” Cory continued. “And we met at that party, and she didn’t give me the time of day. She gave me serious shade. But then we re-met at another friend’s party. Months later, both of us were single at the time, and it was the roof party of a dear friend, and I had the courage to walk up to her and ask for her phone number.”