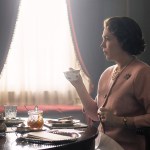 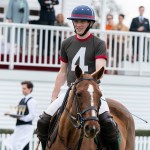 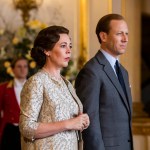 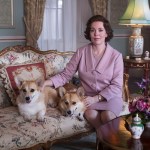 Emerald Fennell stars in ‘The Crown’ season 3 as a young Camilla, now the Duchess of Cornwall. HL spoke EXCLUSIVELY with Emerald, who believes the world has ‘never really heard’ Camilla’s story like this before.

Since The Crown season 3 covers the royal family from 1964 until well into the 1970s, the show will explore the beginning of young Prince Charles’ relationship with a young Camilla Shand, now the Duchess of Cornwall. Emerald Fennell, 34, plays young Camilla in the critically-acclaimed Netflix series. She spoke with HollywoodLife EXCLUSIVELY at the BAFTA Tea Party in Sept. 2019 and admitted that the audition process wasn’t “very nerve-wracking” but she did have her eye on the role of Camilla two years. “I just think she’s a figure in our culture that I think is really sort of interesting, and we’ve never really heard her story actually,” Emerald told HollywoodLife. “And so, and the more I’ve learned about it, it’s just been fascinating. It’s just a dream.” She also added, “She was a young woman who fell in love with someone. And it’s a story I think that maybe hasn’t been told, so I hope that I’ve done a good job.”

While much of the research about Camilla was provided for her, Emerald did note that Camilla was a “very private person” so there was “very little footage of her.” She had nothing but high praise for her co-star Josh O’Connor, who plays Prince Charles. “It is, honestly, I think one of the best performances I’ve ever seen,” Emerald said. “I stopped acting because I’m like, ‘Whoa.’ And then I’m like, “Oh no, the camera’s on. I better do some acting!’ He’s so good.”

Prince Charles, now 71, and Camilla, now 72, met in the early 1970s at a polo match. They quickly fell into a relationship but broke things off when Charles joined the Royal Navy. Camilla went on to marry Andrew Parker Bowles, whom she was involved with before she met Charles, in 1973. Charles went on to marry Princess Diana in 1981. Over the years, Charles and Camilla had an ongoing love affair. They eventually married in 2005.

While The Crown is based on the royal family, it’s not a direct play-by-play. “The great thing about the show is that it is history, but it’s [creator] Peter Morgan’s imagining of it,” Emerald continued. “I think that everyone understands that it is fictionalized and also everyone is a real person and they’re very, very careful to make sure that all the characters are so well-rounded. I think anyone who watches it would think it’s fair and brilliant and beautifully done, I hope.”