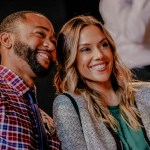 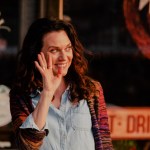 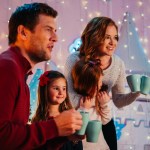 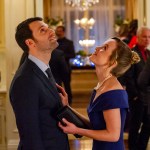 Jana Kramer stars in the Lifetime holiday movie ‘Christmas In Louisiana.’ She revealed in our EXCLUSIVE interview why this role included a ‘full circle’ moment for her.

Jana Kramer plays Sarah Winter in the new holiday movie Christmas In Louisiana, which premieres Nov. 16 at 8 p.m. on Lifetime. Sarah, a successful lawyer and former Miss Christmas, mus return to her hometown of New Iberia, Louisiana, to celebrate the anniversary of the town’s Sugarcane Christmas Festival with her mother and her grandparents. Along the way, she rediscovers the magic of the season and romance with her former Mister Christmas. HollywoodLife talked EXCLUSIVELY with Jana, who opened up about why the script for the movie stood out to her from the start.

“I liked this script in particular because it wasn’t just about the lead female just coming home to the small town. It was kind of a love story between three generations,” Jana said. “And that’s what really drew me to the movie because my storyline had just as big of an arc as my mom’s storyline and my grandma’s, too. It’s about three women going through life and love together. I just thought that was really cool and a different twist. I obviously have a good relationship with my mom and my grandma, so it was cool to be able to have art imitate life a little bit.”

Christmas In Louisiana also included an incredible twist of fate for Jana — the chance to work with One Tree Hill alum Moira Kelly, who plays Jana’s on-screen mom in the Lifetime movie. “For me personally, my favorite movie growing up was The Cutting Edge and Moira Kelly was just my dream,”  I never got to meet her on One Tree Hill. I was so bummed about that when I joined One Tree Hill. And then when I found out that she was going to be my mom, I called the producer and I was like, ‘I don’t know how I’m going to contain myself. I know every single word to The Cutting Edge.’ Because I was a figure skater when I was growing up. To have her play my mom, there were moments when we’re filming and I was just like, ‘This is so surreal. This is the coolest.’ It was very full circle. I mean even when I was a kid, I wrote a letter. I was like, ‘I want to be in The Cutting Edge 2 and play her daughter.’ So the fact that it somehow in the universe happened was really cool.”

Jana teased that her character is “tough” and “doesn’t wear her heart on her sleeve.” She added, “She’s having a hard time letting go of the past. When those feelings come back in, I love the fact that she didn’t shut the door completely and that she has fun with it because a lot of times she could maybe be annoyed, but with her mom and her and her grandma she was able to find the humor in it and I love when you can find the humor in things.”

The movie was Jana’s first after giving birth to her second child, Jace, in Nov. 2018. Jace was on set with Jana the whole time because he was only a few months old. Her daughter, Jolie, did come to visit and had such a blast seeing the set all decked out like it was Christmas. “She had fun seeing all the decorations up and the city was so small, but they were the loveliest people. It was really nice and they treated us great,” Jana said.

The actress also revealed what she thinks is the secret to a great holiday film. “Obviously, the love story is what I think draws everyone in. But I also think it’s the family connection, too. I think that’s why these movies work. Because they are a family movie and everyone can watch them from my daughter to my grandparents.” Before Christmas In Louisiana, Jana starred in the Lifetime movie Christmas In Mississippi. As for her thoughts about another holiday movie, she said, “I guess we’ll do maybe like a Christmas In Nashville or Christmas In New York. I’m like, ‘Okay, what’s the next one? It’s got to be Christmas In something else.’ Let’s make it a trilogy.”