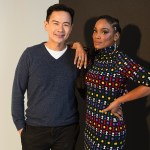 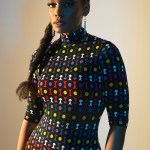 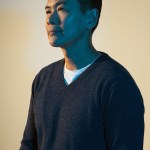 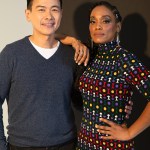 ‘The Man In The High Castle’s final season made its highly-anticipated debut on Nov. 15. HL sat down with stars Joel de la Fuente and Frances Turner to talk about the final season, the show’s ‘epic’ ending, and more.

After four incredible seasons, The Man In The High Castle is coming to an end. The final season debuted Nov. 15 on Amazon Prime Video. HollywoodLife spoke EXCLUSIVELY with stars Joel de la Fuente and Frances Turner about what we can expect from their characters. Expect major changes for Kido in the final episodes. “The interesting thing about Kido is that he’s been drifting away from how we first saw him in season 1. So a lot of external things have happened and some internal things are happening. In season 4, you get to see him really consciously struggle with his sense of who he is and you get a real personal look into his life and how that influences how he thinks of himself and what he needs to do in the world. It’s a fun different way to see him.”

Frances plays a new character named Bell Mallory, a member of an emerging underground black insurgent movement called the Black Communist Rebellion. Frances teased that the group is “fighting for their own homeland, their own territory and freedom from the forces of Nazism and imperialism.” Even though she’s a new character in this world, The Man In The High Castle will fully explore Bell. “The beautiful thing is the audience goes on Bell’s journey with her,” Frances told HollywoodLife. “She definitely begins and ends in two different places. There’s a beginning, middle, and end to her story. It’s really inspiring and I hope it’s something that the fans draw some strength from. You watch destiny happened to Bell.”

Before filming began, Joel admitted that the cast had a “sense” about the ending. “Things changed often in very specific ways,” he added. “Some small, some big, but we knew the shapes and we were encouraged to engage in dialogue about it, so we had some input about how things were going and to help refine that.”

Frances teased that the conclusion of the hit Amazon series is “epic” and “extremely hopeful.” Joel has played Kido since the show started in 2015 and he admitted that he “felt very protective” of Kido. “To go into the last season and to see what the ideas were, I just felt very grateful,” he told HollywoodLife. “Not because it’s an easy season for Kido — because it’s the opposite — but it’s what he deserves. The world is big and big things happen and he deserves to meet his destiny. He deserves to meet his fate in a big way and that’s what happened.”

As for their final day of shooting, Frances said it was “emotional” to say goodbye. “It was a beautiful note to end on,” she said. Joel’s last day as Kido came about two weeks before shooting completed for the series. “I didn’t go home. I stayed and I came and saw other people’s last days, including Francis’ last day,” he said. “I think that just speaks to the kind of group that we are. It was fun to watch people say goodbye and witness the end of the experience.”