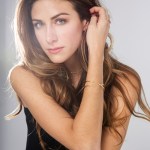 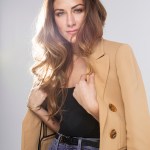 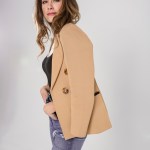 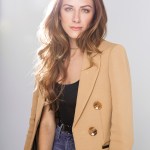 ‘In The Dark’ will return for season 2 in 2020 and HollywoodLife got the EXCLUSIVE scoop from Perry Mattfeld about what’s next for Murphy after that jaw-dropping finale.

In The Dark ended its first season with one hell of a finale. Murphy finally figured out who killed Tyson and it was someone very close to her: Dean. After putting the pieces together and sleeping with Dean, Murphy is kidnapped by him and thrown into his car. She tries to get out of the car and goes toe-to-toe with Dean while he’s driving. Dean eventually loses control and drives over a bridge. They both survive but not without some gnarly injuries. Murphy is able to get closure regarding Tyson but now her world has “exploded.” At the end of the finale, Murphy gets a visit from Nia, who wants Murphy to work for her.

The road to season 2 is full of possibilities. Murphy, a complex and flawed young woman who also happens to be blind, evolved so much from the woman we met in the very first episode. HollywoodLife sat down with Perry Mattfeld to talk about Murphy’s evolution and what’s in store in season 2. Get ready, In The Dark is about to get even “bigger” and Perry even teased “Breaking Bad vibes.” She noted that Max will be back and Murphy will be making “sacrifices” for him in season 2. Plus, we also talk Pretzel! Because why wouldn’t we?

So much went down in the season 1 finale. Where does season 2 pick up?
Perry Mattfeld: I think what was so awesome about the first season was you can kind of get closure. You’ve been kind of following Murphy with this whole journey of Tyson in the first season, which is heavy and emotional, but at least by the end, you know exactly what happened, who did it, and you get to watch Murphy beat the crap out of Dean, which I think is awesome. I think it’s so female-forward and empowering. She even kind of uses Dean to get information. That’s all thanks to our creator Corinne [Kingsbury], who loves the idea of creating an empowering female show. The second season kind of picks up right where we left off. Murphy, because of what she did for her friend, is now kind of in this web of knowing too much information and being kind of trapped in this drug world that Tyson was in. What she does with that information now that she knows about Dean and how she’s trapped is kind of where we pick up. It’s another huge roller coaster.

I wanted to know that the last 15 minutes of the season finale really honed in on this being a female-fronted storyline. The show could have easily brought back Max to save Murphy but I loved how the show didn’t because she didn’t need anyone else to save her and put the pieces together.
Perry Mattfeld: A lot of the times where you see Murphy actually listen or actually take a step back or take advice it’s because of her connection with her best friend, who’s a girl. Corinne didn’t want to just tell another story where a girl moves for a guy or does something for a guy. Her best friend is one of the biggest, most powerful forces in her life. I love that. But yes, Max is coming back.

The people want to know about Max, too!
Perry Mattfeld: What was so awesome is when I got the part, they had to kind of reopen the casting for male leads six feet or taller because I’m almost six feet myself. So I have really struggled. I have a really hard time. There are a lot of times where I can’t get a role, so this was really special for me because after they cast me they catered the male characters to me. I remember walking into a room to meet some of the candidates for this new role and they all stood up and I started sweating. I got so nervous. Casey was the obviously perfect choice. He had a sparkle. He was one of the guys that they felt like could really par with Murphy. They needed a guy that could be able to play ball with her. Whether or not Murphy would admit it, he’s one of her biggest loves. He’s a huge piece of her heart, and I think in the first season Tyson was her heart, and so the sacrifices she makes in season 2 are for Max, her other love.

So much happened in that first season and there was a lot of weight on Murphy. Will season 2 explore how she’s dealing with that? We know from the start that she doesn’t really handle things very well, but she got better at it. What is that process going to be like for her as she sort of closes one door but finds herself with another one open?
Perry Mattfeld: I think having an anti-hero is kind of what makes the show so special, too. As long as we have somewhere to go, that’s what makes it interesting. So with Murphy, it’s always three steps forward, five steps back. If she was perfect and kind, it wouldn’t be interesting. She’s the protagonist and antagonist all at the same time. What I love about season 2 is there’s a lot of heavy stuff with Murphy and Jess and Felix, so they become the Three Musketeers in a way. We’re kind of managing and trying to handle everything that Murphy has gotten herself into with Jess, her best friend, and Felix, the person who annoys her more than anyone else on the planet, and yet they have this awesome chemistry together. They’re all three extremes. Murphy being strong, stubborn; Jess being the sympathetic one; and Felix being the clueless one, and yet the three of them together make this awesome combo. That was what drew me to the pilot so much when I read it the first time. It hit everything. There were times where I was tearing up, there were times where I was out loud laughing, there were times where I was scared I felt everything. I feel like it’s so unique. It’s not really like any other show. It doesn’t really fit a formula.

And there’s Pretzel. Most people don’t really get the chance to work and collaborate with a dog. What’s that been like for you?
Perry Mattfeld: First of all, she’s the most beautiful dog I’ve ever seen in my entire life. She’s not a guide dog because, first of all, we would never want to take a guide dog away from someone that could benefit from a guide dog. But because when you repeat tasks like we do for multiple takes, a guide dog would start to break down because they would think they’re doing something wrong. They are trained that they only repeat to correct a mistake, whereas an actor dog, they associate more takes with more treats. So she’s ready to do it 15 times. More times means more food, but because she has to kind of be able to follow my behavior and kind of interpret my physicality of how to react, she has to be really focused on me. So when we’re on set, I’m really the only one that gets to really love on her until we’re done for the day, which is so hard for our crew because there are dogs everywhere and all anyone wants to do is love on these dogs and they have to wait until the end of the day. Even when we have puppies on the set, we can’t play with them until they wrap because, if you play with them, they get too tired and then they’ll fall asleep during the takes.

Is there anything that you’re excited to dive deeper into in season 2 with your character or just anything in general with the show?
Perry Mattfeld: Well, I think this kind of murder mystery that we had, it wasn’t like Murphy was a detective at all. She can’t even charge her phone but you do get closure with Tyson in the first season. So kind of where she ends up because of that, we are getting a lot of Breaking Bad vibes in the second season. I think our writers and creators set up the first season so well that the second season is so much bigger. I mean, Murphy’s world has exploded. She dug and dug and dug to try to figure this out, but yet unraveled so many things so now this world is bigger. I mean our cast has grown, our sets have grown. We’re just beginning, but at the same time, we have so much more to explore in this same world, the same dark comedy, the same kind of very raw, real, gritty world, but yet the opportunities for us have been huge, which is so exciting.