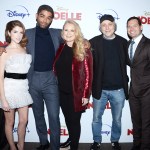 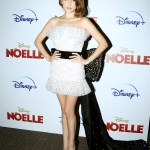 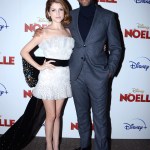 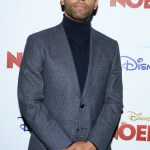 Anna Kendrick stars as Santa’s daughter Noelle in the all-new Disney+ film ‘Noelle.’ HL spoke EXCLUSIVELY with the actress about the role, what she loves most about Noelle, and more.

Everyone loves holiday movies and Noelle kicked off the holiday season when it debuted Nov. 12 with the launch of Disney+. Anna Kendrick stars as Noelle, the spunky daughter of Santa Claus who finds herself on a quest to save Christmas and find her brother Nick when he leaves the North Pole. HollywoodLife talked EXCLUSIVELY with the Oscar nominee at the Nov. 11 special screening of Noelle hosted by Disney+ and The Cinema Society in New York City and she admitted she has a “special connection” to St. Nick. “First of all, my dad played Santa Claus at the Christmas fair every year so I immediately was like it would be pretty freaking cute for me to be Santa’s daughter when I am Santa’s daughter, basically. When people meet him, I describe him as a Santa Claus type and a bunch of my friends finally met him for the first time this week and they were like, ‘I didn’t realize you meant that your dad looks straight up like Santa Claus all the time.’ It was kind of like a really sweet connection that I had to having Santa as a dad.”

Noelle is truly one of a kind and Anna clearly had a blast playing her. “The thing I love about her is that she is so feminine,” Anna continued. “She is so unabashedly feminine but she has a real bite to her and a real edge to her but she’s not doing it in her masculine energy. She’s absolutely powerful in her dream feminine energy.”

In the end, Noelle is given the honor of being the new Santa Claus. She’s the first-ever female Santa Claus. Anna said she thought the story was such an “adorable concept” and knew she had to be a part of it. “Frankly, if Disney is making a Christmas movie I knew it was going to be magical. Not to be cheesy, but I knew it was going to be so sparkly and warm and magical,” she told HollywoodLife.