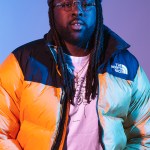 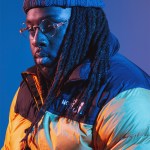 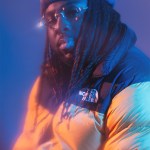 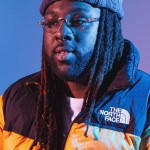 With the confidence and wisdom that could only be found in the Bay Area, Rexx Life Raj dropped his new record, ‘Father Figure 3.’ He talks with us about why it’s his ‘best’ yet, how his music can help Steph Curry, and more.

At 6’3”, the first thing everyone notices about Rexx Life Raj is that he’s tall. More than that, he’s large, as the former Division I Boise State football player still retains the frame that made him a force out on the gridiron. It’s tempting to say that the Bay Area native is larger than the life in his name, if not for the calming energy that radiates from Raj’s presence. It’s more that he’s large as life. He vibes on a secret zen frequency, a powerful being that doesn’t need to remind the room of that power, a California redwood that dressed up as the man who just dropped one of the smoothest rap albums of late 2019.

Father Figure 3: Somewhere Out There sees Raj at his best. After partnering with “some of the best producers” in the game, including DTB, Wax Roof, and Drew Banga. On top of these beats, Rexx raps with a voice honed from years of singing in church with his mom and spits bars that demonstrate that aforementioned “hidden strength.” With lead singles “Moonwalk” (his team-up with Kenny Beats) and his collab with Kehlani, “Your Way,” Father Figure 3 will keep heads bobbing ‘til the end of 2019 and into the new decade. Raj also just dropped the video for “The Fog,” a captivating visual that matches the album’s creativity.

Rexx Life Raj stopped by HollywoodLife and chatted about the new album; about the “different energies” and “new elements” that come with collaborating with artists like Bas and Jay Prince; and what song of his that the Golden State Warriors should be blasting to help them get out of their current slump.

Rexx Life Raj: I would say the biggest growth was finding myself sonically and trusting that there’s a lane for my sound. That growth came in the form of trusting myself.

Music-wise, you’ve called Father Figure 3 “the most polished version of Raj that people have ever heard.” How did you reach this level of “polish?”

Father Figure 3 is the most polished version of Raj because I’ve made over 200+ songs and found myself in the process. Also, I’ve been working with some of the best producers I’ve ever worked with for this project.

On this record, you work with Jay Prince, Kehlani, Kenny Beats, and more. Do you find that collaboration is essential for you, as an artist, to grow? Or is it just more fun to make music with friends?

I think collaboration brings a different energy into the room. It adds new elements, new feelings, that maybe wouldn’t have been there if you had made the song alone.

Your new album features a predominance of guitar and bass in the tracks. In 2017, you indicated that having live instrumentation in your sets was in the future, and here in 2019, you’re accomplishing that goal. Do you think that having a live band backing you is the future of the genre or just the future of Rexx Life Raj?

I can’t speak for the genre as a whole, but having a live band backing me is definitely my goal for the future.

While playing for Boise State, you wrote “Blue and Orange Drip,” they played it before home games, and they were a pretty successful team. So, since “your music = sports success,” what one of your tracks do you think the Golden State Warriors (currently 2-9) need to blast before their games?

While you said that the “NFL wasn’t [your] passion,” did playing football assist you in your rap career? Many musicians with military backgrounds credit them for instilling a sense of discipline – did football do that for you?

Football definitely gave me discipline. It helped me develop a work ethic and taught me how to work within a team. One of the most important lessons it taught me was that you have to put the greater goal before yourself to succeed.

As of now, yes, but I don’t know! We’ll see what the future holds.

Father Figure 3 is out now on all streaming platforms. He’s also on tour. Check here for all the dates and details.