After releasing the emotionally-charged anthem about being true to your feelings, CARYS has followed up the success of “Princesses Don’t Cry” with an equally powerful visual. The song has become a viral sensation, amassing over 12-million views on Tik Tok and over 14-million streams on Spotify. With that, expect CARYS to blow up YouTube. She’s partnered with Atlantic Records to re-release the single along with this new official video.

CARYS is also known as Canadian actress Aviva Mongillo, who recently appeared as Juniper in the hit comedy series, Workin’ Moms. Her experience in front of the camera certainly shows as the video for “Princesses Don’t Cry” is as gripping as the lyrics she delivers on the song. “Boys, they’re handsome and strong / But always the first to tell me I’m wrong / Boys try to tame me, I know / They tell me I’m weird and won’t let it go,” she sings, her voice hinting at the strength that is about to come on the chorus.

She spoke with HollywoodLife about the new video, about the “weird, nostalgic dream” she was going for, and the power behind the image of beauty pageant princess in the driver’s seat of an el Camino.

HollywoodLife: If there were a single message that someone takes with them after watching the “Princesses Don’t Cry” video, what would you want that to be?

CARYS: I wanted the video to be about owning your emotions. Feelings of heartbreak can be overwhelming and simultaneously feel kind of silly. I tend to invalidate my feelings around heartbreak, and so I bottle them up. But bottling them up is what hurts the most. I want to show that it’s powerful and freeing to allow hurt to exist within us without resistance.

The video has a series of striking visuals, none more than you atop a stack of mattresses in the middle of a parking lot. Is there significance behind that setting? Also, did you get any onlookers wondering what was going on?

The mattresses were a “princess and the pea” reference but in a dark, eerie sense. Almost like they had been abandoned. I wanted the video to kind of feel like a weird, nostalgic dream where we see the inner child mesh with the struggling adult. As for onlookers, we were lucky enough to find a pretty dead parking lot, so aside from a few rogue cars, including a police cruiser we thought would kick us out (but didn’t), we got to dance around undisturbed. 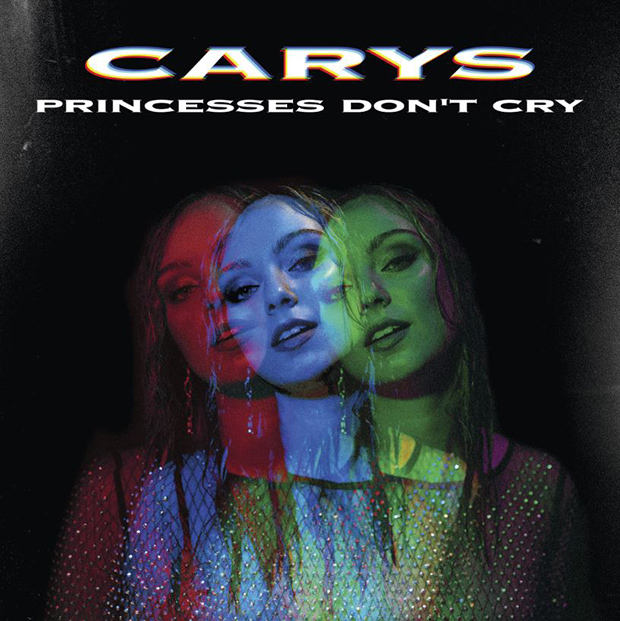 The child beauty pageant queen sitting in an El Camino is a striking contrast of traditional ideas of “masculinity” and “femininity.” Did you want your video to have such imagery in it, as to match the power of the song’s lyrics?

Yes, I did want this video to have a lot of intriguing visuals. However, it’s super interesting that you pointed out that specific image because I didn’t even think of that! Now looking at it that way, I think that’s beautiful, and it’s changed the way I see that clip.

Growing up, I did struggle a lot with the division between boys and girls. I used to get mad at the McDonald’s Drive-Thru when my brother got a boy toy, and I got a girl toy. It felt stupid. There’s a lot of imagery to support that along with the lyrics in the song, and I’m glad that that’s what’s coming across, even with shots I didn’t intend to!