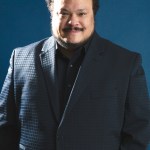 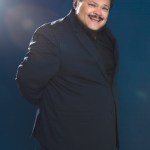 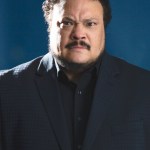 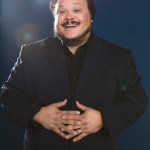 Adrian Martinez is one busy man. He’s starring in ‘Lady & the Tramp,’ ‘Stumptown,’ and pulled triple duty with ‘iGilbert.’ He spoke with HL about all three projects in our EXCLUSIVE interview.

Adrian Martinez has a lot going on at the moment. First off, he stars in the live-action remake of Lady & The Tramp, which was released Nov. 12 with the launch of Disney+. He plays Elliott, the dog catcher. “My goal is to just absolutely inflict discipline amongst the city that’s gone crazy with dogs,” Adrian told HollywoodLife EXCLUSIVELY during a recent sit-down interview. “But he really believes that, so I try to play it straight and I was happy to see I made the cut. You need a bad guy. When you think of the original animated version, the dog catcher’s in it a little, but now with the live-action movie, you need an antagonist throughout the piece. So I’m very blessed that I’m the guy that Disney trusted with that.”

The live-action remake comes over 60 years after the original animated movie. “I feel it’s time,” Adrian said about Disney doing the live-action remake. “We’ve done so many versions of Hamlet and nobody complains. This one gives the audience that’s already seen the animated version an opportunity to re-experience it in live-action with a whole new dynamic and amazing special effects. You’re actually going to see the dogs do things you just don’t typically see them do. And now with actual actors, you get to see all these plot points manifested with real human emotion. I found this version much more impactful and moving than the animated one. That may sound blasphemous, but I feel like people need to see it and they’ll get what I mean. The ending really packs a punch and I wasn’t expecting it when I read the script.”

The actor also stars as Tookie on the new ABC series Stumptown, which airs Wednesdays at 10 p.m. Over the course of the first few episodes, Tookie has started to bond with Cosgrove. Tookie also had a close connection to Dex. “I think it’s one that I really connect to because we all have someone that we’re worried about or that we kind of need to watch over,” Adrian explained. “And for me, that’s Dex because Dex is kind of a loose cannon. She’s out there, she has PTSD, and now she’s gone out to become this PI. Tookie is kind of like her guardian angel. He’s looking out for her. I certainly could have used that when I was in college.”

To top it all off, Adrian wrote, directed, and stars in the indie film iGilbert with Orange Is The New Black star Dascha Polanco. Adrian revealed the inspiration behind the film. “There was the guy sitting on the subway in New York here,” Adrian said. “He was sitting opposite an attractive woman and he got up and he just started taking photos inches from her face with a cell phone, just like anonymously cold and just dead, you know? And she’s like, what the hell are you doing? And then he just, in a very cold way, got off the train and I thought to myself, who is that guy? How does that even happen? And where are we going as a culture where this kind of thing, where it’s all about the phone, has actually made this guy almost dehumanized to another human being? And then I have a kid. She just turned 13 and she’s all about the phone. I’m just wondering where it’s all going. So I decided to write a story about a guy who only can connect with people through the phone, by taking pictures of them until he reaches a point where he meets someone that really moves him and now he has to choose between the real and the digital one. It’s an allegory for our time because we have to figure out where we’re going with all this and how to have balance.”