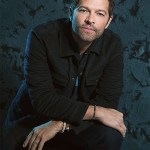 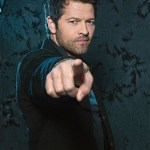 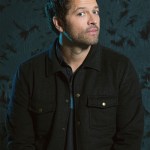 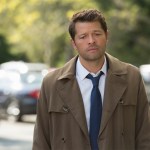 Misha Collins is in the midst of ‘Supernatural’s final season and is the co-author of ‘The Adventurous Eaters Club.’ He spoke with HL about the inspiration for the book, what’s next for Castiel, and more.

Supernatural is bidding farewell after 15 seasons but there are still a number of episodes left until the series finale. Misha Collins stars as the one and only Castiel in the long-running CW series. Castiel told Dean and Sam that it was “time to move on” in a previous episode and Misha told HollywoodLife that Cas will be on his own journey for a while. “Cas does go off on his own for a bit,” Misha said. “But Cas will return to the bunker and the boys. He’ll be sort of driven back into collaborating with them because we’re still confronting the big bad, which is God. But that tension between Cas and Dean will play out for some time, and we won’t really have a resolution to that. I think the audience, and frankly Cas, will finally understand what it is that’s upsetting Dean so much in episode 9. So we’re a ways off from that arc feeling like it’s resolved.”

Misha has played the character of Castiel for over a decade. With this being the final season, Misha does have his own set of hopes for how Castiel’s journey will come to an end. “Cas has been adrift in a sense,” Misha continued. “He’s been without a home or without a family for a long time. He started the show in season 4 as like a warrior for heaven. He came down to Earth and he pulled Dean out of hell. Over time, he became closer to the brothers and drifted apart from heaven. The closest facsimile that he has to a family are these two humans now. He doesn’t have a community in the angels and he doesn’t really have a place on earth. He’s really alone. I hope that Cas feels like he finally has a place, and has a community, and has a family at some point before the show ends.”

Misha is a busy man these days. In addition to Supernatural, he also co-wrote The Adventurous Eaters Club: Mastering the Art of Family Mealtime with his wife, Vicki Collins. The cookbook was released Nov. 5. Misha revealed that the inspiration for the cookbook stemmed from his and Vicki’s two kids: West and Maison. “We had kids who were picky eaters, but we had also found that feeding them, in general, had just started to become a stressful experience and the things that they were eating felt disappointing to us,” Misha said. “They were eating really beige, bland, processed foods, and we didn’t really know how to claw our way out of that.”

A grocery store trip where Misha and Vicki’s son, West, had sneakily put Jerusalem artichokes into the cart ended up opening up Misha and Vicki’s eyes to the whole process of eating. When they got home, West put the artichokes in a frying pan, smothered them in peanut butter, and devoured his creation. “Vicky started doing a lot of research into why it is that kids eat beige, bland foods in America, and it turns out that a lot of it has to do with culturally reinforced misconceptions,” Misha told HollywoodLife. “There’s this idea that kids only like things that are beige and they only eat things that are bland. That’s reinforced by the advertisements that kids see on TV. It’s also reinforced by children’s menus. Every time families go to restaurants, they’re presented with two sets of options. One for the grownups and one for the kids, and the one for the kids is invariably mac and cheese, spaghetti, cheeseburger, pizza, and maybe if it’s a really cutting edge place, carrot steaks. There are very little vegetables that are thrown in the mix and there’s very little color. It’s often quite processed. Parents and kids alike are, over and over again in our culture, taught this garbage is what kids eat and we believe it. But the truth is all around the world, kids eat what their parents eat. Our book is largely about introducing kids to new foods. Foods that are whole and healthy. But also we discovered a way to do those introductions through play, which is how kids learn. As it turns out, by happy accident, it is also something that brings families together. So we ended up, in the process of writing this book, discovering that if we allowed the kitchen to become a playground for the kids, it would also fortify our family. We just had better experiences around mealtime, and mealtime ended up being sort of a coalescing force for the family.

Many of the recipes in the cookbook take less than 30 minutes, which is great for families that are constantly on the go. Misha had some advice for parents who want to give up on feeding kids certain foods after the first try. “One of the things that parents are often unaware of, and we were unaware of, is that kids need multiple opportunities to experience a new food before they taste it often,” Misha said. “Sometimes it can take 15 exposures to a new food before a kid is willing to try it. It just takes a lot of exposure for children because they’re hardwired to be cautious about new foods because children are susceptible to foodborne illnesses. I mean, it’s actually something that our composition is designed to make us start out careful with food. But once they see over and over again that’s something is safe, see the people around them eating it, then they will start eating it. So that takes a little bit more patience, but parents on the go do have a lot of choices.”