Boy In Space has had a stellar year. The singer – born Robin Lundbäck – has released a handful of songs that have introduced fans to his dreamy and infectious pop. From the broken-hearted earworm of “7Up” to the atmospheric “Cold” to the sweeping ballad, “Drown,” Boy In Space has taken his fans on a cosmic journey this year – and it’s not over! Robin is capping off 2019 with “On A Prayer,” another slice of mesmerizing pop that proves he’s a rising star. Along with his fellow Swedish artist SHY Martin, Boy In Space’s “On A Prayer” is a heartfelt lament after love has gone south. “I’ve been dead for days, I just feel like a black hole / Got my head in space, I’m alone, where should I go? / Everything we did is saved in a box full of polaroids / And when I drink I don’t think so I call just to say hello,” he sings.

“What is crazy is that “On A Prayer” actually started as a country song,” Robin tells HollywoodLife when discussing his brand new single. “We were playing around with some very twangy chords and lyrics, just joking around really, and it was one of those moments where a joke turns into something kind of interesting. Once we looked at the song with a pop lens, the chorus felt very big and it was clear it needed to be a duet.”

“I’ve been a fan of SHY Martin for a long time and could imagine her vocals on the track while we were still writing it,” he tells HollywoodLife. “I’ve been such a big fan of SHY since ‘The Ocean’ came out, and am so glad she said yes to singing on the song!”

As for the nature of the name, “Boy In Space” itself is a metaphor for how Robin navigates and negotiates his emotions while traversing through time and – well, space. “I can be crazy and all over the place at times,” he says. “I was always the class clown in school and although I got along with everyone, I was never really at the top of the class,” he says. “So ‘Boy In Space’ has a very literal meaning to it. Although my songs can be sad, if you meet me, you’ll find that I’m full of energy and actually pretty happy (most of the time). So in a not so literal way, Boy In Space has become the space where I’m able to go to express those sad and darker feelings.” 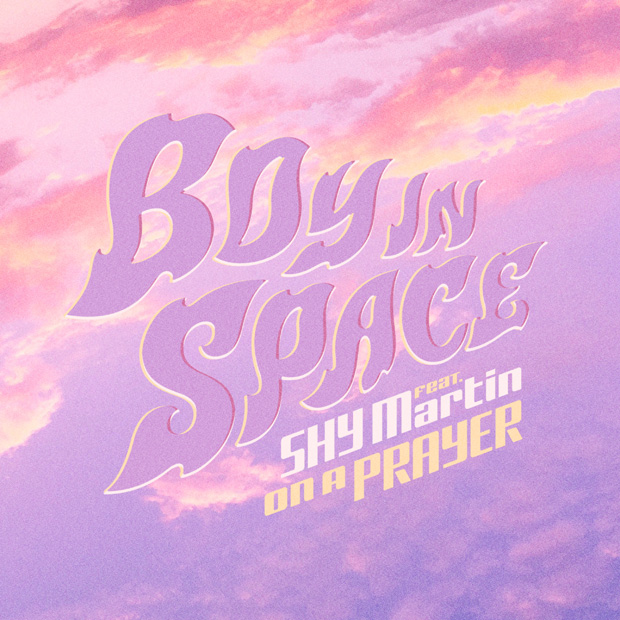 Fans will be able to hear “On A Prayer” in person when Boy In Space hits the road in November. Robin will join singer-songwriter Alex Benjamin on the “Caught The Middle” European tour. Fans in America will have to wait, but not for long. Boy In Space will play the United States for the first time in December with showcases in both New York and Los Angeles.