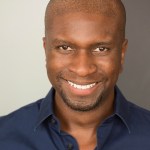 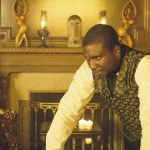 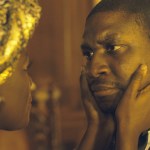 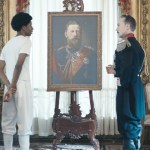 Frustrated by a lack of roles & the negative stereotypes of African countries in films, Adetokumboh M’Cormack decided to tell the story of a Cameroonian hero who deserved to be remembered.

When filmmaker Adetokumboh M’Cormack was growing up, first in Sierra Leone and then Kenya, he went to a private “English” school, and says that he was only comfortable going by his British name, Frederick. He tells HollywoodLife that he was “indoctrinated” into a certain way of life and certain ways of thinking. “For a long time, I just had this assumption that I was like a British man, you know,” he said. It was because he had this experience — being a native of Africa and yet identifying with the colonial power that had conquered Kenya, as part of its empire — that he identified so strongly with the central character of his new short film, The German King.

The German King, tells the story of a Cameroonian king, who was raised for many years in the court of the German Kaiser Wilhelm II. His name was Rudolf Duala Manga Bell, and he was a very real person, who by 1914 found himself torn between his identity and loyalty to the German Kaiser, and, on the other hand, the needs of his own people of Cameroon.

M’Cormack, 37, who plays Rudolf in the film, understood the psychology of his character, who wasn’t just raised in the Kaiser’s court, but who also thought of the royal family as his own. In fact, Bell’s eldest son, Alexandre, was living with Kaiser Wilhelm, his wife and children, when the Germans announced a plan to expropriate the most economically valuable land in Cameroon, taking it away from the native people.

Bell tried every method to negotiate with his former German royal mentor before ultimately leading a plot to overthrow the German regime. So why did this “hero” of the Cameroonian people at the onset of WWI propel M’Cormack into writing, directing and acting in The German King? “Firstly, as an actor, I was very frustrated with the roles I was getting. Every time I turned on a TV, or saw one of my friends in a film, they were playing terrorists or warlords or child soldiers,” he says in an exclusive interview with HollywoodLife. “And the portrayals of Africa were always very negative. It was always someone with flies on their faces needing to be saved. I knew there were so many stories from the continent that had not been told. I came across the story of Rudolph Duala Manga Bell and it just gave me chills…I couldn’t understand why I hadn’t heard his story in history class. I felt like it was my responsibility to make a film and tell his story.”

King Bell ultimately paid with his life for standing up for the rights of the Cameroon people. He was hung by the Germans, at the age of 37, while his son remained in Germany in the Kaiser’s court as a gilded cage hostage. M’Cormack is very aware that his hero is unknown to today’s audiences, even in Cameroon, but he feels that King Bell’s story is very inspirational and relevant in 2020.

“This is one man who did the right thing, who stood up against injustice…it was a message that I thought needed to be told now with everything that’s going on with the world today, when people are being persecuted because of the color of their skin, because of their LGBTQ status, because of their religion. Because of people being so misogynistic. I felt like we needed to show something that would hopefully inspire change in society today,” he explains.

Fascinatingly, M’Cormack, the son of a diplomat, recently learned through a DNA test, that despite having been raised primarily in Nairobi, Kenya and before that, Sierra Leone, he is actually mostly of Cameroonian descent. He also cast LA-based actress Constance Ejuma, as King Bells’ supportive wife, Queen Emily, partly because she was originally from Cameroon. “It was a no brainer. And she’s just brilliant in the film,” he says.

While King Bell died without being able to free his people from subjugation to the Germans, he did become a national hero and symbol of their aspirations. His son, Prince Alexandre, ultimately became King when the German regime was overthrown by the British and French, and the country gained its independence in 1960, although it is still not considered a functioning democracy.

M’Cormack who now uses and loves his African name, Adetokumboh, is working on a feature length version of The German King. “We will dive deeper into the friendship between Kaiser Wilhelm and Rudolf Duala Manga Bell,” says M’Cormack, who emphasizes that Bell really considered Wilhelm his brother, because of all his years living together. That’s what made his decision to rebel all the more tortured, and for the Kaiser–all the more shocking. The German royal family had done their best to indoctrinate him into identifying as a German, not a Cameroonian.

A song which M’Cormack co-wrote for the film, “Tet’ekombo (King of Kings)” encapsulates how both King Rudolf Manga Bell and Adetokumboh M’Cormack came to feel proud of who they were and where they came from.For now, The German King will be screened at the Pembroke Taparelli Film Festival in LA on Saturday November 9 and at the Soul West Film Festival in Arizona November 1-3.