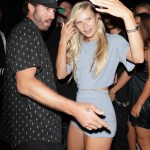 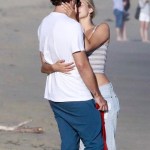 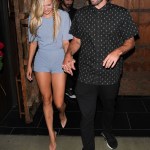 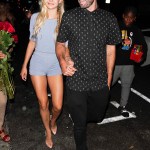 Brody Jenner and Josie Canseco have called it quits after just two months together, according to a new report on October 29, which sites their 14-year age gap as a major ‘issue’ in their relationship. Here’s everything we know about their breakup.

That was quick! Brody Jenner and Josie Canseco have split after just two months of dating, TMZ reports. The DJ and the model are telling friends that they’ve broken up, sources say, adding that the now ex-couple struggled with their 14-year age gap. — Brody is 36 and Josie is 22.

They’re just not on the same page in life, the sources claim. Adding fuel to the fire, both The Hills star and the Victoria’s Secret model have wiped their social media accounts free of one another. The source adds that Brody and Josie are ‘definitely’ over. HollywoodLife reached out to a representative for Brody Jenner for comment and did not receive an immediate reply.

After running into Brody’s mother, Linda Thompson over the weekend, TMZ asked her about her son’s relationship with the blonde beauty. And, she even seemed to play coy and shifted the focus on their careers. But, first, the cameraman caught her in a sweet moment with Brody’s ex-wife, Kaitlyn Carter, and had to ask about it. “Oh yeah I love Kaitlynn. Yeah [I miss her], but we’re all friends,” Linda admitted.

When asked about how her son and Josie were doing at the time, Linda said, “Brody’s in Australia, he’s working. She’s in Milan. They’re both busy, career people.” While Linda that “yeah” they were still together at the time, she didn’t disclose any other details about Brody and Josie. TMZ caught up with her in Beverly Hills at the Casamigos Halloween party over the October 25 weekend.

Brody and Josie began dating nearly two weeks after his split from Kaitlynn Carter went public in August. The two made their relationship social media official at the end of that month, when Brody shared a clip of the model applying makeup while wearing a black robe from the 2018 Victoria’s Secret Fashion Show, which she walked in.

The short-lived couple has yet to address the breakup report. However, Josie took to Instagram on October 28 to share a cryptic quote.

“Everything that is meant for you will find you. from people. to moments. to things. if it is for you, it will come. and when it does, be there. enjoy. live. and love,” the R.M. Drake quote read, which was posted to her Instagram Stories.

TMZ also reports that Brody is still in touch with his ex, Kaitlynn, but notes that a romantic reconciliation is out of the question. As previously reported, Kaitlynn and Brody, whose tumultuous relationship played out on the latest season of The Hills, called it quits for good after he allegedly would not commit to a legal marriage and having children. The pair said “I do” in a 2018 wedding in Indonesia, but never applied for a wedding license in the states.