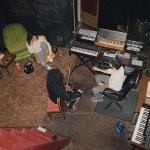 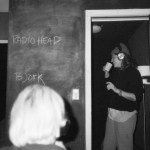 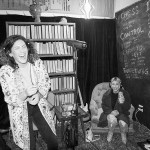 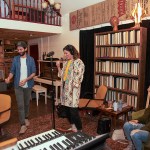 Be it a high-energy bop or a somber ballad, singer Lowen will always be open and honest in her music. She talks EXCLUSIVELY with us about her new EP, including how she once sold everything to travel across the world.

From the euphoria of discovering the love of her life to the struggle to find closure after the death of a loved one, Lowen’s new EP, Only In My Dreams, runs the gambit of human experiences. The six-song album, released on Oct. 25, is a finely crafted collection of dreamy pop. Lowen’s entrancing voice draws in the listener as she weaves stories from her life. “Only in my Dreams was inspired by this idea that I had because I’d been having a lot of dreams,” Lowen tells HollywoodLife in an EXCLUSIVE interview. “I had experienced a loss and grief for the first time. I was sort of having visits — I don’t know if that sounds strange — when I would sleep. It’s something that I would share with my wife, who had similar experiences. I liked the idea of thinking, ‘well, this might be just a dream, and it might be made up.’”

“But,” says Lowen, “what if there’s a world in some realm when you go to sleep, people who aren’t here anymore can visit you in this realm, and you guys can meet in the ether of that now?’ I liked playing on that, it brings some sort of peace if you think about it like that. And that’s kind of what sparked the idea for the song.”

Lowen’s loss was the basis of her first single off of Only In My Dreams, “Morning, Mourning.” It’s an emotional confessional, detailing some of the happiest and most painful moments in her life: while involved with one of her first loves, Lowen met the woman who would become her wife. In 2018, her ex was killed in a motorcycle accident.

Her loss – and her earnestness as a songwriter – was at the core of the first single off of Only In My Dreams, “Morning Mourning.” An emotional confessional about the happiest and most painful moments in her life, the song details the true story of how Lowen, still involved with a long-term partner, met and fell in love with the woman who would become her life. Deciding to end the initial relationship weighed heavily on Lowen’s mind, more so after the ex was tragically killed in a motorcycle accident in 2018.

“I don’t know that closure is ever going to happen,” she tells HollywoodLife. “I think grief–nobody experiences it the same way. It’s nothing that’s ever going to end. It’s a journey that, some days, feels different than others. I think because of who it was. This was my first love. This was my high school sweetheart. So, I think people would assume that there should be closure, but I don’t think you ever stopped having a love for people you once was.”

“I’m in my life. I’m in a beautiful, beautiful relationship, and I’m so grateful to have a partner that understands the way I needed to process that and the way I’m continually processing life. [“Morning, Mourning”] was written while it was all happening, and I think it helped me start a healing process, for sure.”

Lowen has also helped others in their specific healing journeys. ”I’ve gotten feedback from both from people who know me personally, and new people that have discovered the song and reached out and shared with me what it’s meant to them.”

“It was super intentional [releasing] “Morning, Mourning,” as a first single,” Lowen tells HollywoodLife. “It was really important that my first impression was as someone who’s going to be honest — regardless of whether the song is, like a high energy bop or not.”

“I’ve discovered that the only way I can be as an artist is to express like a very lived-in life,” she adds. “I can’t really be that artist that’s going to share things that I’m making up or just play happy songs just because. The creative side of my life is all-encompassing with the rest of my life. So, there’s really no separation of the two.”

When Lowen says she’s expressing a “lived-in life,” she’s not kidding. She and her partner once sold all their possessions to travel across the world. “At the time, I was living in Orlando. Moonlighting at bars during the week and then touring whenever I could in between, and I felt like I definitely needed to heal from that breakup. I needed to get out of Florida.”

“I was super stuck, and I needed to find purpose again in my life, both personally as well as creatively and professionally,” says Lowen. “The only way to do that I felt was to sort of blow it all up. If I wasn’t [Emily Kopp, her birth name] the musician, who am I? And I needed to find some meaning outside of that, which is why I left.”

These songs started writing themselves as I’d lay in bed at 4am lost, back in Florida. I’d be journaling through tears. I flew out of the country to backpack the world and find purpose and meaning again. They kept writing themselves through journal entries in New Zealand, squashed in a camper van with the love of my life. They continued as I’d walk the loud chaotic streets of Bangkok. Then in our tiny studio apartment in Hanoi, Vietnam. Journaling journaling. Processing so much. I moved back to the states with a newfound perspective on life and in keeping it balanced. My mind was wide open and free. I kept processing and journaling. These notes became realized as songs between Nashville and LA this entire past year and a half. I found myself as an artist again. Thank you to my amazing co-writers @annabschulze , @maiasharpmusic. We started as collaborators and ended as family. The fellas @jeremylutito and @jakubvanyo who also produced the EP. You all made me feel safe and heard and free to explore. @ryanhewittmix, you made magic with these. Thank you for believing in me and these songs. I’m even luckier to have you as a friend. To my sister @eza.music for being the gentle encouraging voice and guide to my voice. Thank you to the entire workshop team, especially @jennstook and @joshterrymgmt for helping to remind me why I started making music in the first place. Your work ethic is inspiring, your ability to coach, cheer on, and be true partners is something I’m so grateful for, and never thought I’d find. I’m so excited to be in this with you. To my wife @therobyn.b, words cannot even begin to describe the amount of gratitude I have for you. You’ve encouraged me to recognize my own potential, standing with me unconditionally. You are patient, kind, and the most selfless person I’ve ever known. Thank you for catching my tears and celebrating my victories always. Tonight, I get to celebrate the release of these 6 songs alongside so many people I love. Here are just a few of the moments from the past year and a half of creation. I didn’t do this alone. Thank you for making Only In My Dreams a reality.

“It lasted a year. We worked really hard, sold everything, and took off. We started our trip in Hawaii and then in New Zealand for two months. Then after New Zealand, we traveled to Southeast Asia. We were in Thailand and Vietnam and Indonesia, and after that, we went to Argentina. We were there for a little over a month living in a brewery.”

“We found a lot of odd jobs and sort of forced myself to immerse myself and find connection without meeting with the fact that, ‘Hi, I’m Emily, I play music,'” she adds. “I really wanted to force myself to build a genuine connection with people, find meaning in things outside of that, and it was a beautiful experience.”

The experience, obviously, affected her new release. “It’s funny because when I started writing, seriously writing for this and putting a lot of these things together a year and a half ago, I was in sessions. I was going to LA to write with a lot of my friends, and I had narrowed everything down to about 18 songs.”

“Then, from there, I had to narrow that down to the six that we were going to produce, to figure out what would be the identity of Lowen sonically. The six songs that we ended up choosing happened to be the six that weaves the entire story together completely by coincidence because those were like the strongest songs that felt most connected. So was not intentional, but I love that it ended up doing that and explaining it was actually like a mirror for me to be able to see that like, ‘Oh shit. This is what I lived. This is what the last four years of my life have been.'”