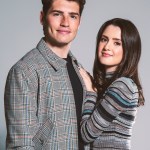 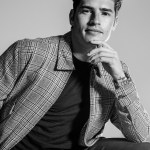 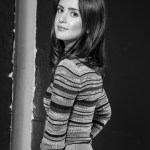 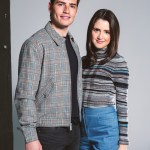 Laura Marano and Gregg Sulkin are getting into the holiday spirit early this year with ‘A Cinderella Story: Christmas Wish.’ HL spoke exclusively with the pair about their duet, Kat and Dominic’s relationship, and more.

A Cinderella Story: Christmas Wish is the latest installment in the A Cinderella Story franchise and it is the definition of festive. The movie, which was released digitally on Oct. 15 and will be available on Blu-ray and DVD on Oct. 29, stars Laura Marano and Gregg Sulkin. They play Kat and Dominic, the characters at the center of this adorable love story. “I love Kat’s kindness,” Laura told HollywoodLife. “I think she’s quite kind and I think that even though she doesn’t love her situation with her family she still tries to rise above it as much as she can. And I love her love for animals.” As for Gregg, he loves that Dominic is “bold enough to wear a Santa suit and tries to embrace it. I’ve never worn one in real life so this was a first opportunity for me to get into my Santa mode.”

Kat and Dominic have effortless chemistry right off the bat. “I like that Kat’s pretty strong with him. She teases him, she’s really playful and fun, and it feels so easy for them,” Laura revealed. Gregg added, “Their biggest dream is to be themselves and embrace who they are and kind of follow their dreams. I think that’s sort of what they bond over.”

Laura and Gregg really loved filming their incredible duet in the film, especially on the carousel at Santa Land. The carousel was actually an antique and no crew members were allowed on it. “We felt very special because we weren’t actually meant to be filming on it,” Gregg admitted. He added that the duet was the “most challenging but also the most rewarding” aspect of the film.