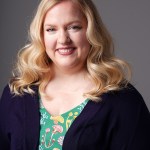 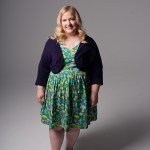 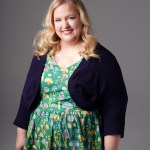 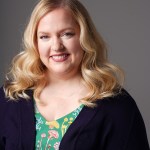 Season 2 of the critically acclaimed ‘Kominsky Method’ is almost here & Sarah Baker spoke to HL about her character Mindy’s complex relationship with Sandy.

Father-daughter relationships always go through their own trials and tribulations, and that’s no different for Mindy (Sarah Baker) and Sandy (Michael Douglas) in Netflix’s The Kominsky Method. Returning for season 2 on October 25 after receiving two Golden Globes, The Kominsky Method will continue to explore the life of aging acting coach Sandy Kominsky and his his longtime agent, Norman Newlander (Alan Arkin). Sarah Baker plays the role of Mindy, Sandy’s daughter who runs his acting school and essentially keeps the business afloat, despite the two having an odd relationship. “My feeling is that they probably went through some rough periods. I don’t think Sandy was really around a ton when she was a kid and growing up,” Sarah explained to HollywoodLife.com in an EXCLUSIVE interview about Mindy and Sandy. “I think as adults, they’ve made amends with each other, but I think he still drives her bananas.”

In ways, however, the two are very similar, Sarah added. “They both can be angry and emotional, but they also both really loving and I think they both like to look after people,” she said. “Sandy really looks after Norman as Mindy looks after him.” This season of The Kominsky Method, we’ll also see where Mindy might get some of the quirks she has that are not from her dad! Kathleen Turner joins the show as Sandy’s ex-wife and Mindy’s mom, which Sarah called a “dream.” “The sad, tragic part of her being a part of it is that I didn’t get to do a scene with her, but I did get to meet her!” Sarah gushed.

Kathleen’s character is “off saving the world,” Sarah explained, adding that while she’s “a doctor working with refugees in other countries,” Mindy and her have a very close bond, which comes into play when Mindy’s new romance heats up! “I have this boyfriend that I’m kind of springing on my dad… well my mom’s known about it since it happened and has met him,” she said. “She’s still a little cautious with her dad because he hasn’t always been there, so she’s not going to just share everything with him.”

Sarah continued, “I love that Mindy gets a love interest this season. It seems to be a pretty healthy relationship and they are such different people, you definitely wonder how they even got together.” We can’t wait to see season 2 of The Kominsky Method, out on Netflix on Friday, October 25!